CJC-1295 is a peptide hormone created by ConjuChem Biotechnologies that functions as Growth Hormone Releasing hormone or GHRH. GHRH is the hormone responsible for stimulating the release of Human Growth Hormone (HGH). In simplistic terms, we might say GHRH is to the pituitary what Luteinizing Hormone (LH) is to the testicles - LH being the primary gonadotropin that stimulates the testicles to make testosterone. CJC-1295 will not increase HGH levels in the body the same way they are increased by direct HGH use. With CJC-1295 you are attempting a more natural stimulation than with HGH you are directly adding to the total amount.

CJC-1295 is a peptide hormone that mimics the abilities and effects of GHRH, a naturally occurring hormone in the human body. CJC-1295 is comprised of 29 amino acids that make GHRH; However, unlike the naturally occurring, CJC-1295 only exists by the addition of Drug Affinity Complex or DAC. Without DAC, the GHRH mimicking effect does not exist. 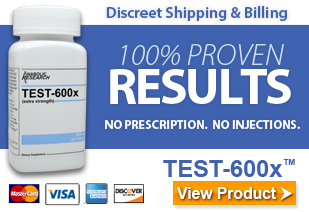 CJC-1295 functions by promoting a steady and even release of naturally produced HGH in the body. It does not produce a spike in HGH levels but more simply enhances overall daily production. CJC-1295 may be ideal for those looking for steady increased yet stable levels of HGH. The half-life of CJC-1295 is approximately one week.

It's important to note that CJC-1295 is not the only synthetic GHRH hormone on the market, but it's even promotion of HGH versus a pulsating release similar to Mod GRF 1-29 is what makes it somewhat unique. MOD GRF 1-29 is also sometimes referred to as CJC-1293.

The effects of CJC-1295 can be extensive if we breakdown each possible effect that is brought on by increased levels of HGH in the body. The primary benefit of increased levels of HGH may be increases in Insulin-Like Growth Factor-1 (IGF-1). IGF-1 affects nearly every cell in the human body from bone and muscle, lungs, skin and even the central nervous system. HGH and IGF-1 are essential components in the regulation and promotion of healing and recovery as well as in the regulation of the metabolism.

CJC-1295 can be used for any purpose of performance enhancement, although fat loss or recomping may be where it stands out the most. For the off-season athlete looking to pack on more size, CJC-1295 is not a very good choice, at least not when used alone. Although it will promote anabolic activity, the overall anabolism it promotes will not be all that significant. However, when combined with other performance enhancing drugs, the individual may find he gets more out of them due to the increase in HGH and IGF-1 levels. He should also find that due to a stronger metabolism he is able to stay leaner when bulking than he may have otherwise. This is not a license to eat like a pig; You can still gain fat when using CJC-1295 but you should have an easier time controlling fat gain when the peptide is in play. You may be able to get away with more than you would otherwise, but how much will be genetically dependent.

For cutting purposes, because of the greatly improved metabolism, the individual should find fat loss to be accelerated and more powerful. He should also find healing and recovery amplified, which is tremendously important during a cutting phase as cutting can slow down recovery due to the necessary calorie restriction. Again, other medications that are used during the cutting process should be amplified in terms of their overall effects when CJC-1295 is in play.

While direct performance enhancement is often the subject of interest, it is the enhancement in quality of life that is perhaps the most beneficial effect (overall) of CJC-1295. Improved recovery, the anti-aging effects of elevated levels of HGH, better looking and healthier skin and improved bone strength, all of these lend to positive attributes in a medical setting or what is referred to as Hormone Replacement Therapy (HRT). Direct HGH treatment will provide a stronger and more pronounced result, but this is a good option for the long-term user looking for somewhat more natural means of HGH enhancement. Users of CJC-1295 should also find their immune system is stronger and that sleep is improved in terms of deep sleep maintenance.

The side effects of CJC-1295, while they do exist, they do not appear to be extremely common or severe. However, total dosing and genetics can dictate quite a bit. The most common side effect of CJC-1295 is a slight irritation at the injection site, although rarely severe or very painful. Some users may find irritated injection sites regardless of location, but most will find specific areas of the body respond better than others.

Beyond site irritation, water retention is possible. High doses are normally responsible for water or fluid retention and can be reduced by dose alterations. Some users may also find they experience a numbing or tingling sensation in their hands or feet during the course of use.

Headaches can also be a side effect of CJC-1295. Headaches are most commonly due to the use of the peptide and drops in blood sugar. Diet adjustments may need to be made during use. Severe headaches should not occur and in rare cases that they do and diet adjustments cannot remedy the problem, the individual may need to discontinue use.

Nausea and diarrhea are also possible yet very unlikely side effects of CJC-1295.

CJC-1295 is a water base injectable peptide hormone that will come in Lyophillized form. The peptide can be found in numerous dosing strengths from 1mg all the way up to 5mg per vial and even higher in some rare cases depending on the manufacturer. Users will apply bacteriostatic water to the dry CJC-1295 powder in order to mix and draw out the desired dose.

CJC-1295 is widely available through numerous research chemical companies. The medication is not a controlled substance in the U.S. and does not require a prescription when purchased for research purposes. However, a purchase for individual use is illegal. This drug like many others exists inside a gray area of ​​the law. Before making a purchase it is extremely important that you know and understand the laws of your country as such laws are not universal.

You can buy CJC-1295 online from numerous research chemical companies; In fact, this is generally the only place you'll be able to buy it. The peptide will normally cost $ 30- $ 50 per 2mg depending on the manufacturer. It is extremely important to reiterate, if you buy CJC-1295 online that doses not include DAC, this is not CJC-1295.

Because CJC-1295 can elevate HGH levels in the body for an extended period of time without frequent administration, on this basis alone it is an appealing hormone. However, increases in HGH levels may not be that significant and will generally only be worth the cost with a 1000mcg dosing per week protocol. However, when we compare the cost of CJC-1295 to HGH, again CJC-1295 is appealing. With a good manufacturer, total cost per month will run approximately $ 60- $ 70. The individual should also plan on several months of continuous use in order for any benefit to be gained with indefinite use being more than acceptable. This is not something you have to cycle on and off with. However, despite the low cost, beyond long-term health benefits, we cannot call CJC-1295 a top choice for performance enhancing athletes.