Celebrating the Backbone of the Howard Beach Senior Center - the Volunteers 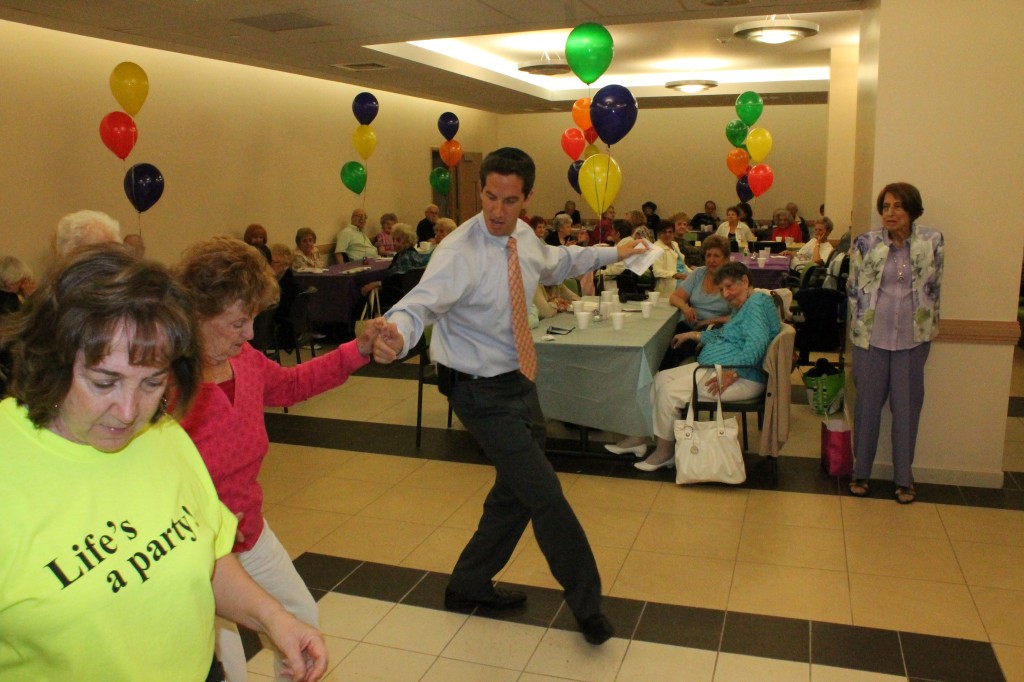 Standing before a crowd of about 70 seniors flanked by a sea of ​​colorful balloons Friday, Msgr. Alfred LoPinto, the pastor of St. Helen's, told the individuals that the countless hours they spend volunteering at the Howard Beach Senior Center is what continues to shape the facility into a successful spot where older residents can spend their days doing everything from exercise to art - and more. 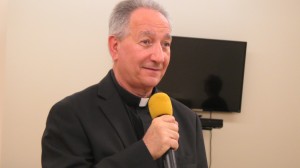 Msgr. Alfred LoPinto thanked the volunteers for the countless hours they donate to the center. Photo by Anna Gustafson

“What you do makes this such a great center,” LoPinto, who also serves as the vicar for human services at the Diocese of Brooklyn, said at Friday’s celebration honoring the senior center’s volunteers.

“You make this center a real special place for the seniors of Howard Beach,” LoPinto continued.

In addition to LoPinto, a number of elected officials thanked the seniors for their commitment to a facility that, for many, is the reason they said they get up in the morning and gives them a place to spend time with old and new friends. 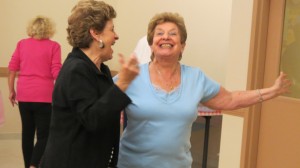 Volunteers break out their best smiles for the camera. Photo by Anna Gustafson

The volunteers - all of whom are seniors themselves and attend the center - stressed that, to them, donating their time not only helps the center - but gives them a sense of fulfillment.

While Friday's extravaganza allowed the volunteers to take a break from work, other volunteers spent their time to make sure the party went off without a hitch - including Maspeth High School students, and sisters, Jessica Alejandro, 17, second from right, and Danielle Alejandro , 14, right, who helped to serve pizza. Photo by Anna Gustafson

“I love working with the seniors,” said Howard Beach resident Matty Cordova, who was recently named as a volunteer of the year by the Queens Interagency Council on Aging.

“It's fulfilling to know I'm making seniors’ lives better, ”said Cordova, who wears numerous hats when it comes to volunteer work, including serving as the chairperson of the center’s trip committee, helping individuals with AARP registrations, and more.

Lindenwood residents Grace DeZego, who celebrated her 66th birthday Friday, and Ann Lombardo, said volunteering at the center is particularly important for them because of the crucial role the facility plays in the South Queens community. Both of the volunteers noted the wide range of activities offered at the center, from dance parties to nutritional lectures and yoga. 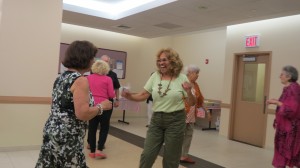 Seniors got a chance to show off their best dance moves during Friday’s party honoring the Howard Beach Senior Center’s volunteers. Photo by Anna Gustafson

“This place is wonderful,” DeZego said. "On Tuesdays I have to stop working for a little bit to watch everyone dancing - everyone has such a good time."
“I talk about this place all the time to people on Cross Bay Boulevard,” DeZego continued. "It's an amazing place."

“I tell a lot of people in the neighborhood to come,” she said.

Julia Nappi, of Howard Beach, pointed out that the center “always has something going on,” citing recent popular excursions to the Botanical Gardens in Brooklyn and the Museum of Modern Art - a trip that was sponsored by Goldfeder. 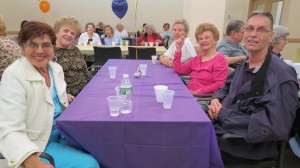 Irma Mains, a Richmond Hill resident who has led an exercise class at the center for years, said the volunteer work boosts individuals ’spirits.

“It fulfills you because you are giving something back,” Mains said. 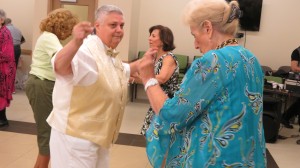 Friday’s party included plenty of tunes by a dee-jay who kept the party goers entertained for hours. Photo by Anna Gustafson

About 70 volunteers gathered at Howard Beach Senior Center for a celebration honoring their hard work. Photo by Anna Gustafson