What is the rare gemstone effect

10 of the rarest gemstones in the world

They formed in the earth over millions of years. Gemstones are real wonders of nature. In some cases, certain gemstones are extremely rare. And there are even samples of which only a handful could be found, which of course makes them very popular among collectors. But which gemstones are the rarest? Our in-house experts will give you a full list. Here are 10 of the rarest gemstones in the world for you.

Until recently, the bluish-green mineral grandidierite was almost unaffordable. The first find goes back to 1902 and was made by Alfred Lacroix. It was not until many years later, in September 2016, that a new deposit was discovered in southern Madagascar. The exact location is outside of Tranomaro, near the first find in Andrahomana. This resulted in a few more stones of higher quality available today, but this mineral is still one of the rarest gemstones in the world. 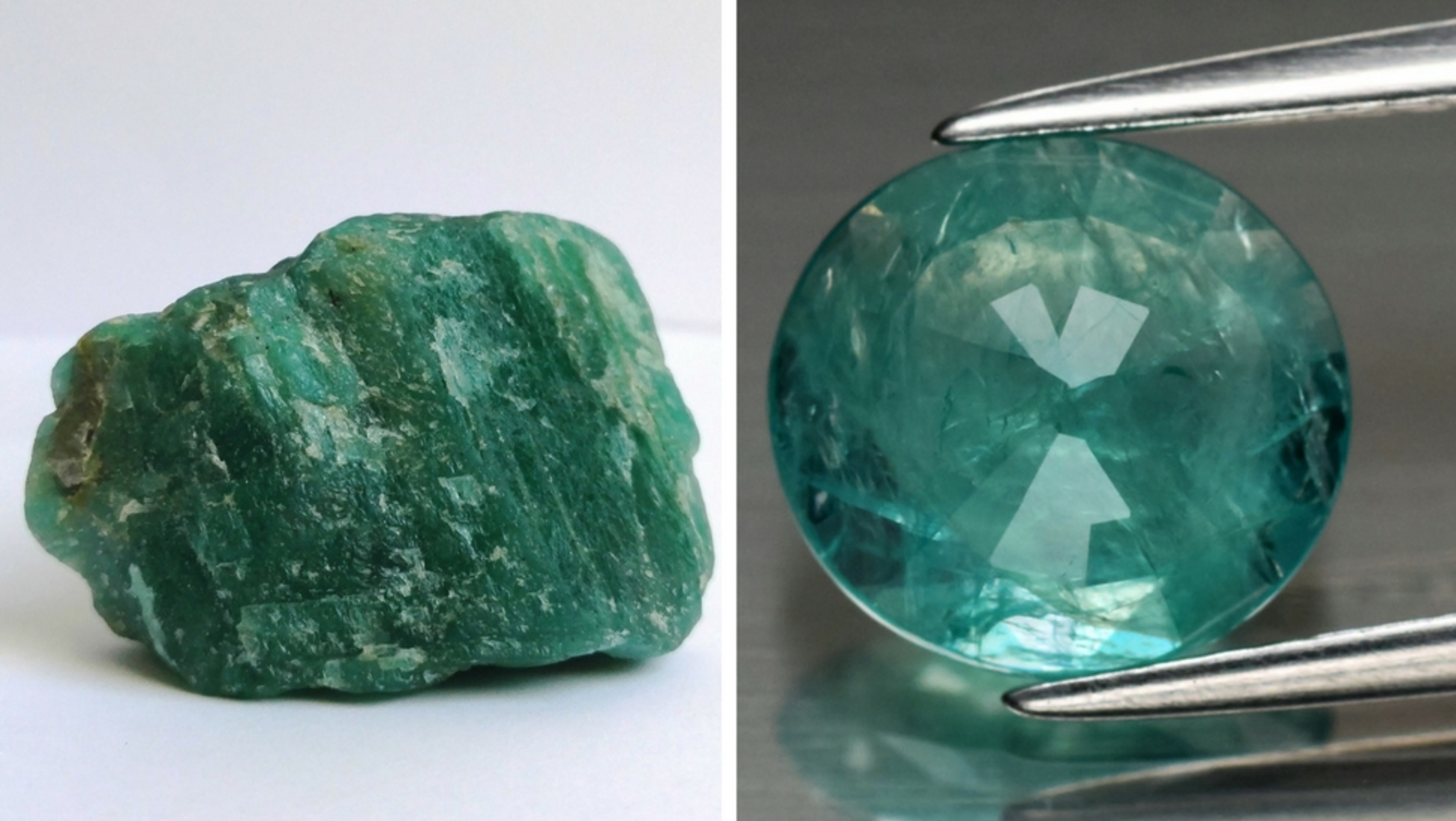 In 2005, Painite was named the rarest gemstone mineral in the world by the Guinness Book of Records. The reason for this is that up to this point in time only 25 copies were known worldwide. The gemstone was first discovered by the British gemologist Arthur C.D. Pain was salvaged in Myanmar in the 1950s after the mineral also got its name. The mineral is strongly pleochroic, which means that it reflects many different hues from different angles. The color palette ranges from pink to red to brown and is therefore a real feast for the eyes. 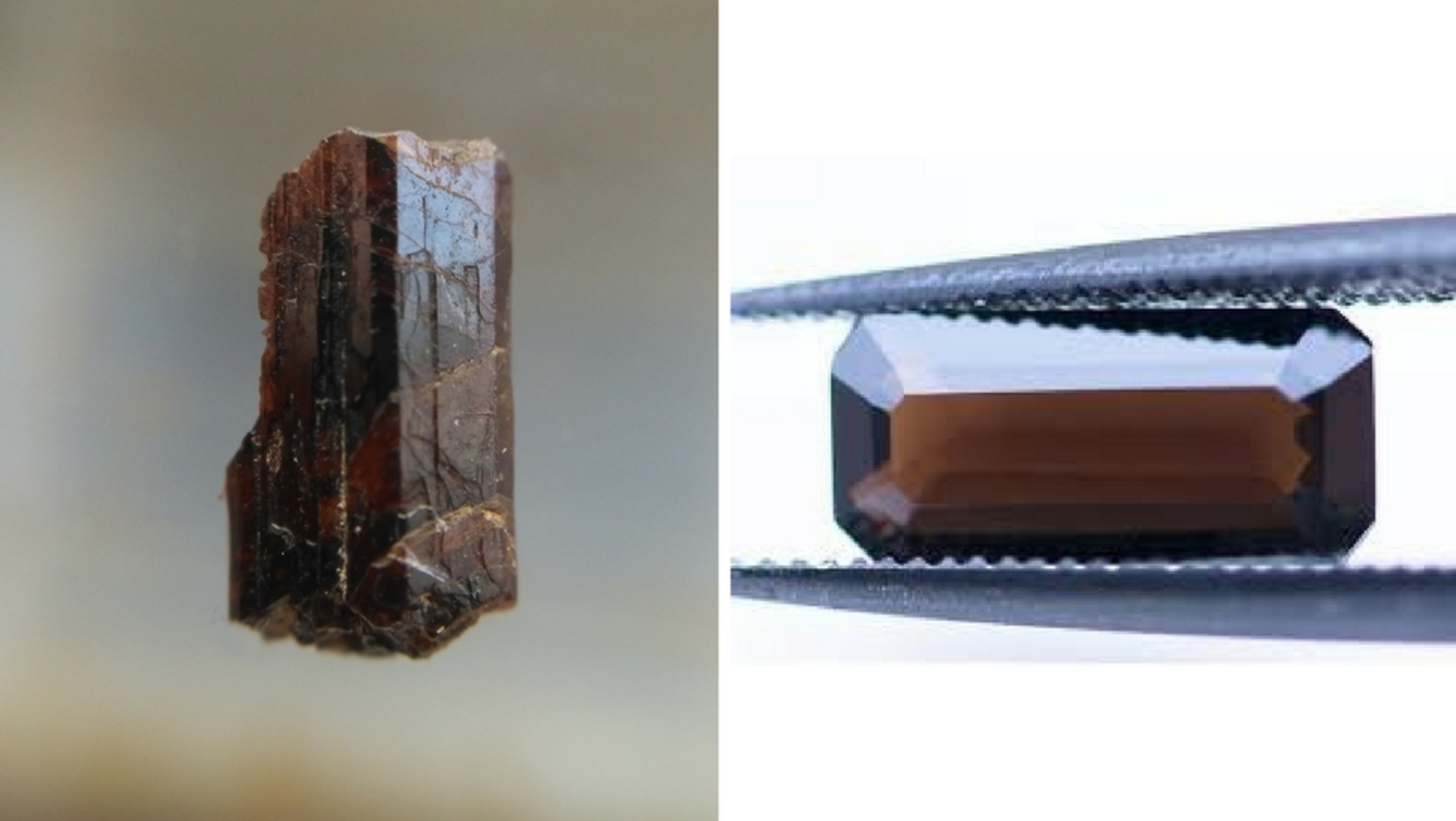 Benitoite has been found in a variety of locations, but gem quality only in San Benito, California. This eye-catcher has a sapphire blue color, is very transparent and has a strong shine. One of the most amazing properties becomes apparent when you look at the mineral under UV light. It fluoresces in an intense blue-white, which is really worth seeing. 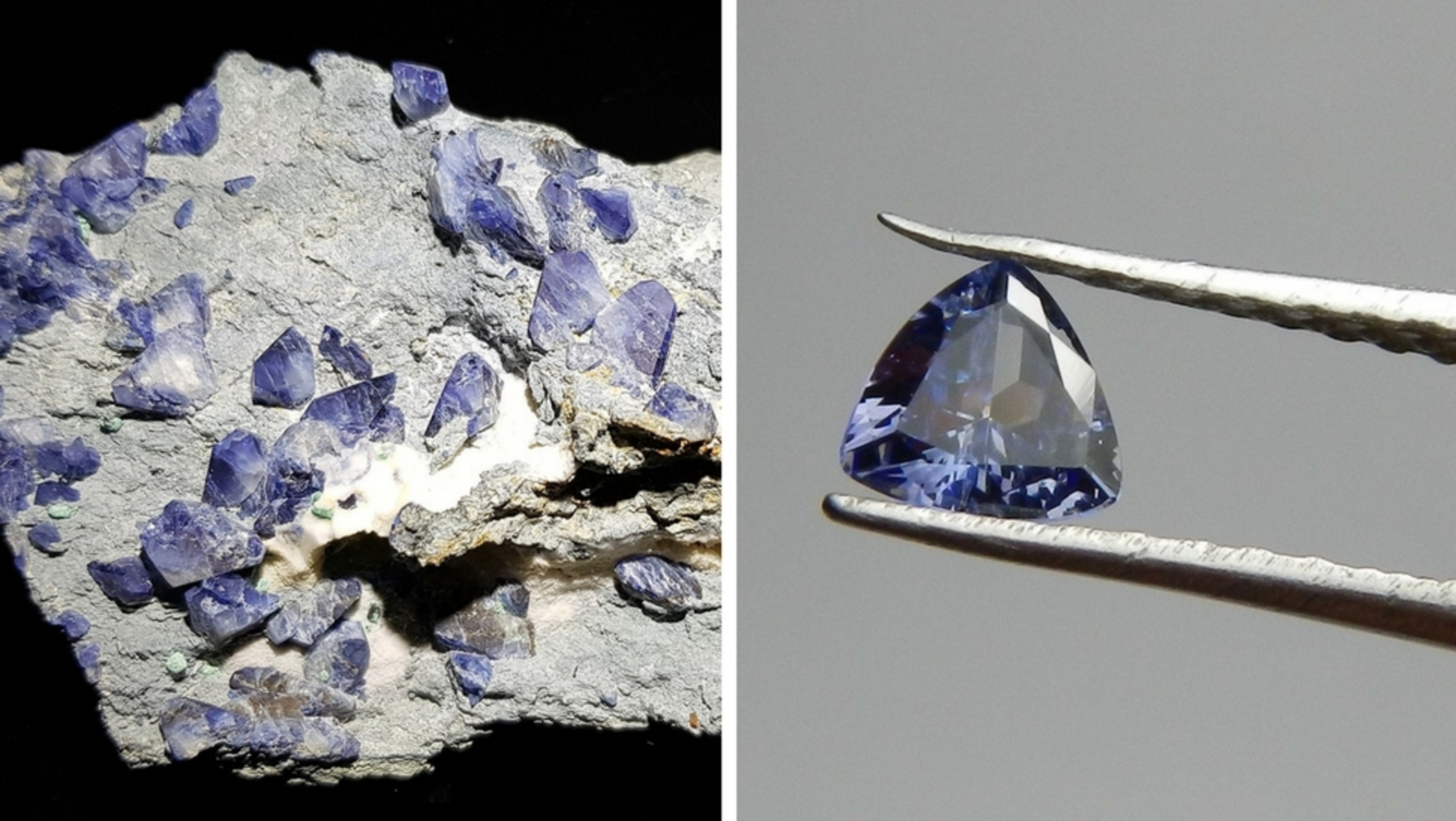 Although Bixbit was first described in 1904, presentable material was not discovered until 1958, by Lamar Hodges in southwest Utah. Bixbit, also known as red beryl, comes from the same family as emeralds, but is much less common in gem quality. Bixbit is not to be confused with Bixbyit. It's another mineral named after the same person: Maynard Bixby. Interestingly, pure beryl is colorless. The different light shades, like the red of Bixbit, occur due to impurities in the form of manganese. 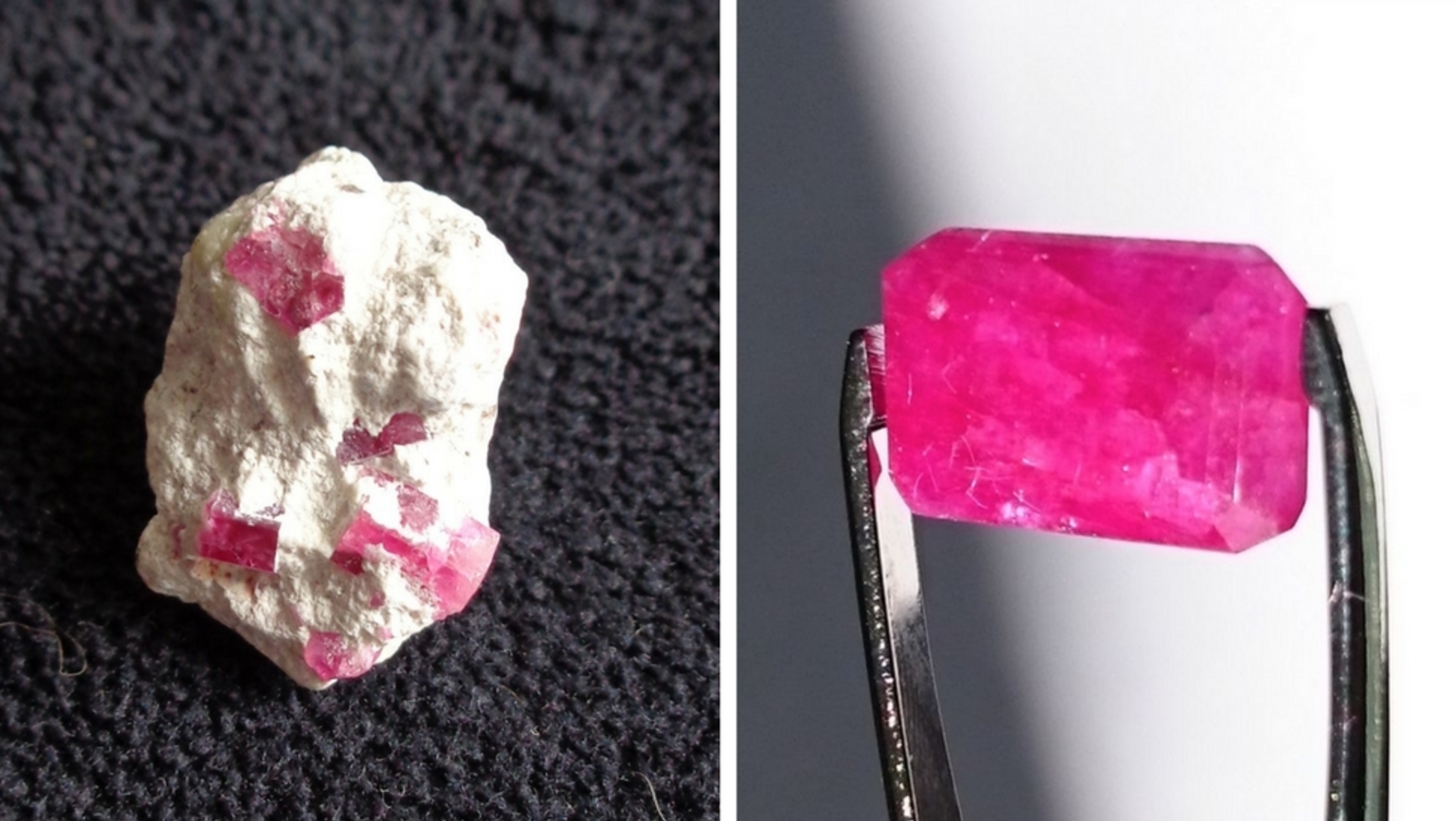 The remarkable thing about taaffeite is not only its extraordinary rarity, but also the way in which it was discovered. The first sample was discovered in 1945 by Richard Taaffe and not in the earth, but as a finished cut and polished gemstone in a jewelry store in Dublin. This makes it the only gemstone that was originally identified from a faceted stone. Before it was discovered, most of these stones were mistaken for spinel. It is and will remain one of the rarest gemstone minerals in the world and its reliable identification continues to be difficult. 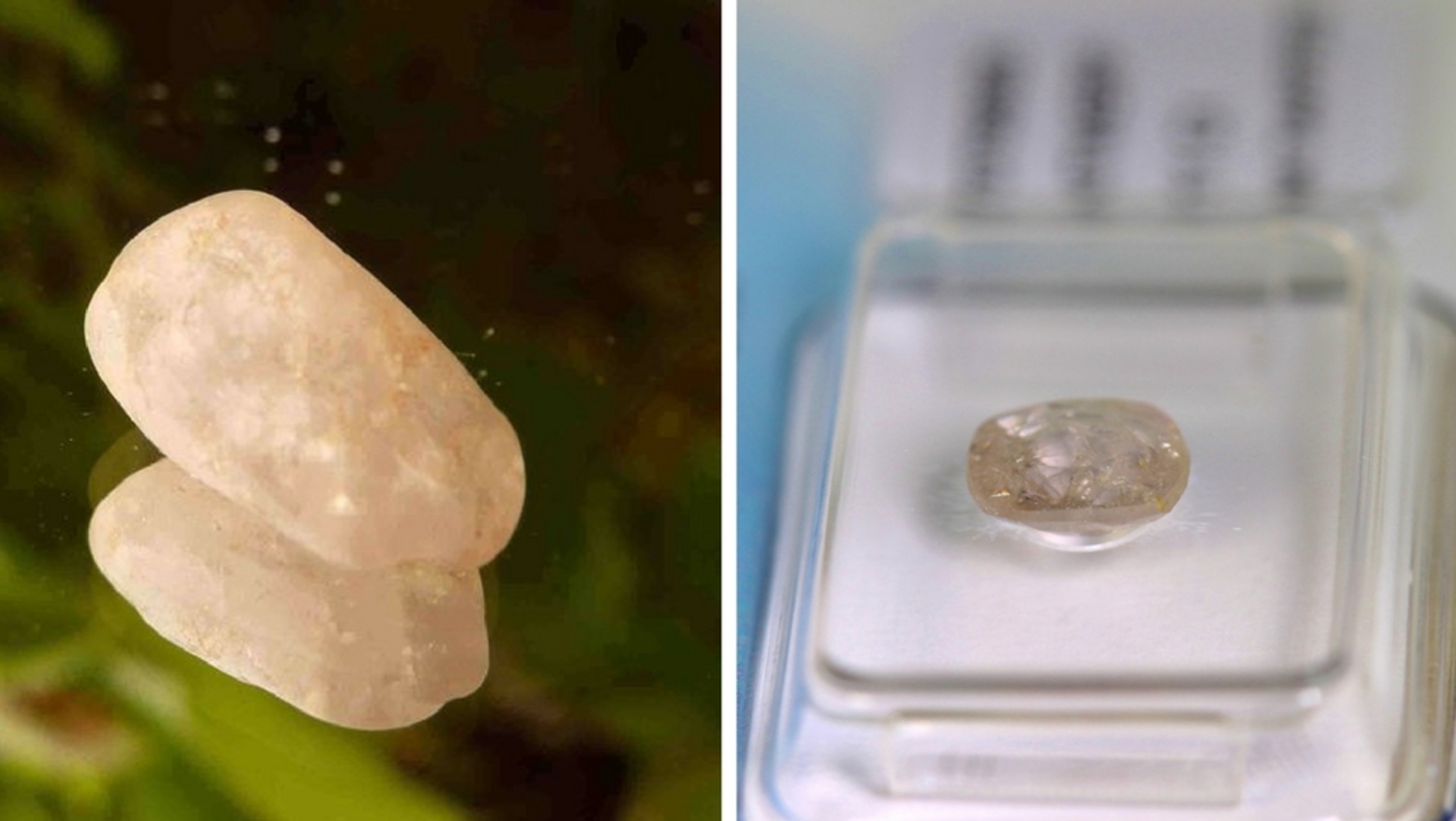 Poudretteit is incredibly beautiful to look at. It is natural pink in color, transparent, and has a glassy sheen. It comes from a quarry in Mont St. Hilaire, Quebec, a very gem-rich area where over 60 types of gemstones have already been discovered. The quarry is owned by the Poudrette family, after whom this gemstone got its name. The first specimens of Poudretteit were discovered as tiny crystals in the 1960s, but it was not recognized as a new type of mineral until 1987 and was fully described even later, in 2003. 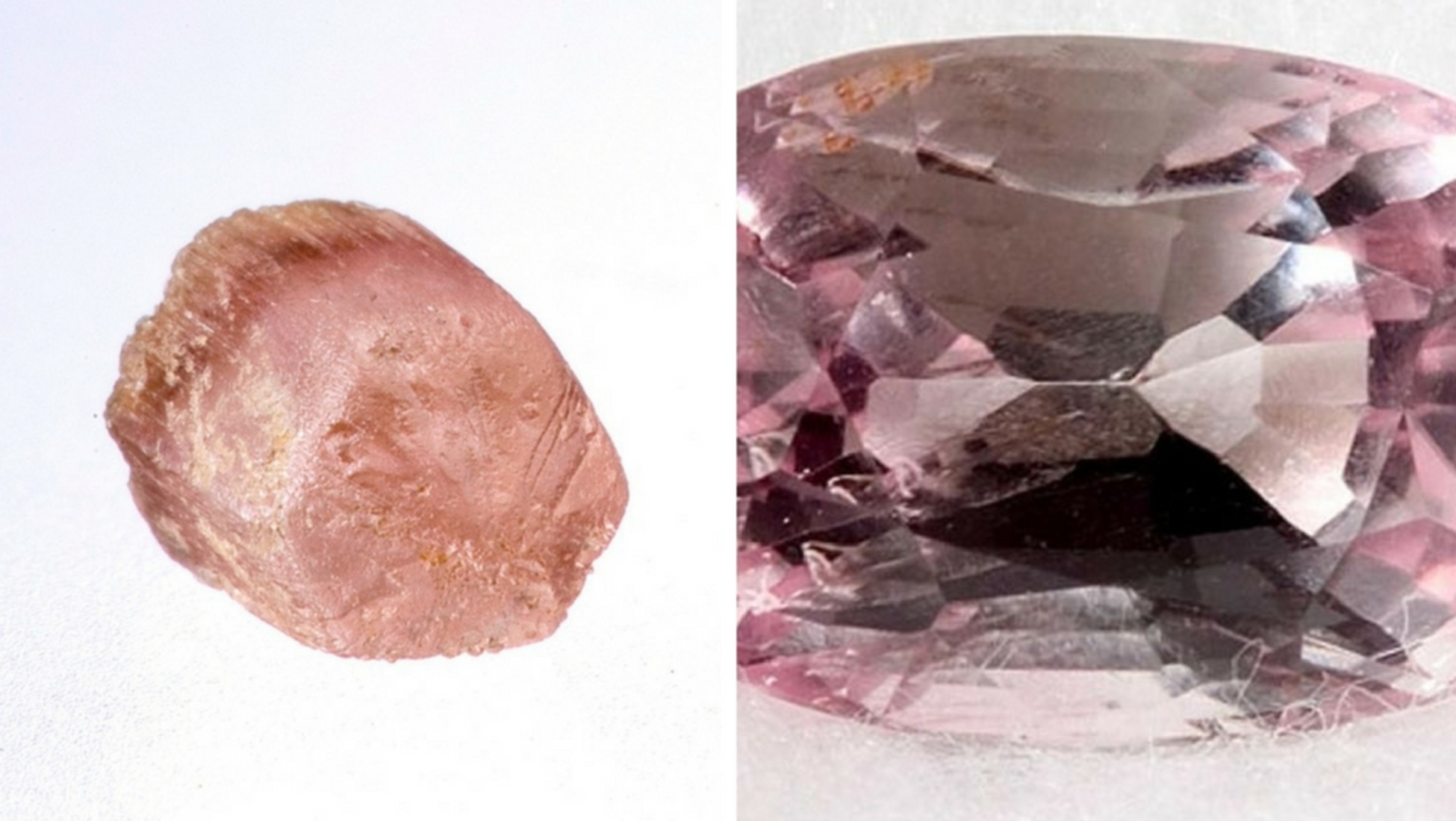 The next gem on our list is called Jeremejewite. The colorless, sky blue or pale yellow stone was first described in Siberia in 1883 and named after the Russian mineralogist Pavel Jeremejev. Since then, gem-quality crystals have been discovered in limited quantities in Namibia. With very few crystals available, it is believed that Jeremejevite will continue to be an extremely rare collector's gem. That makes the few samples that exist incredibly valuable. 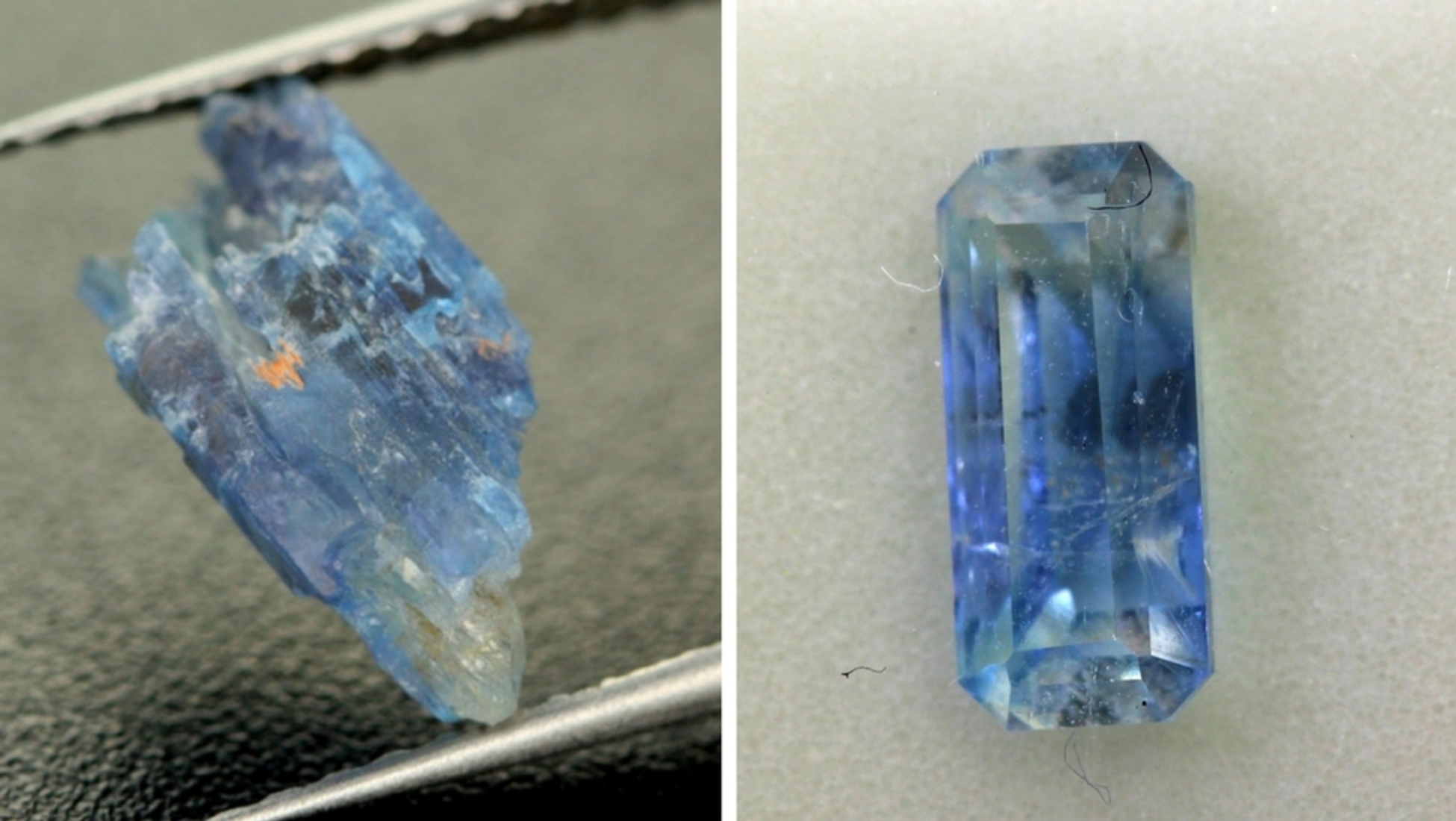 8. Musgravite
Is this gray-green mineral a taaffeite or a musgravite? The two types are chemically and optically very similar to one another and can only be differentiated using what is known as Raman spectroscopy. In 2005 it was believed that only eight specimens of musgravite remained, although it is entirely possible that some collectors own this gemstone and mistake it for a taaffeite. The mineral was named after its first location, the Musgrave Ranges in South Australia in 1967. However, the first specimen large and pure enough to cut into a gemstone was not discovered until 1993. 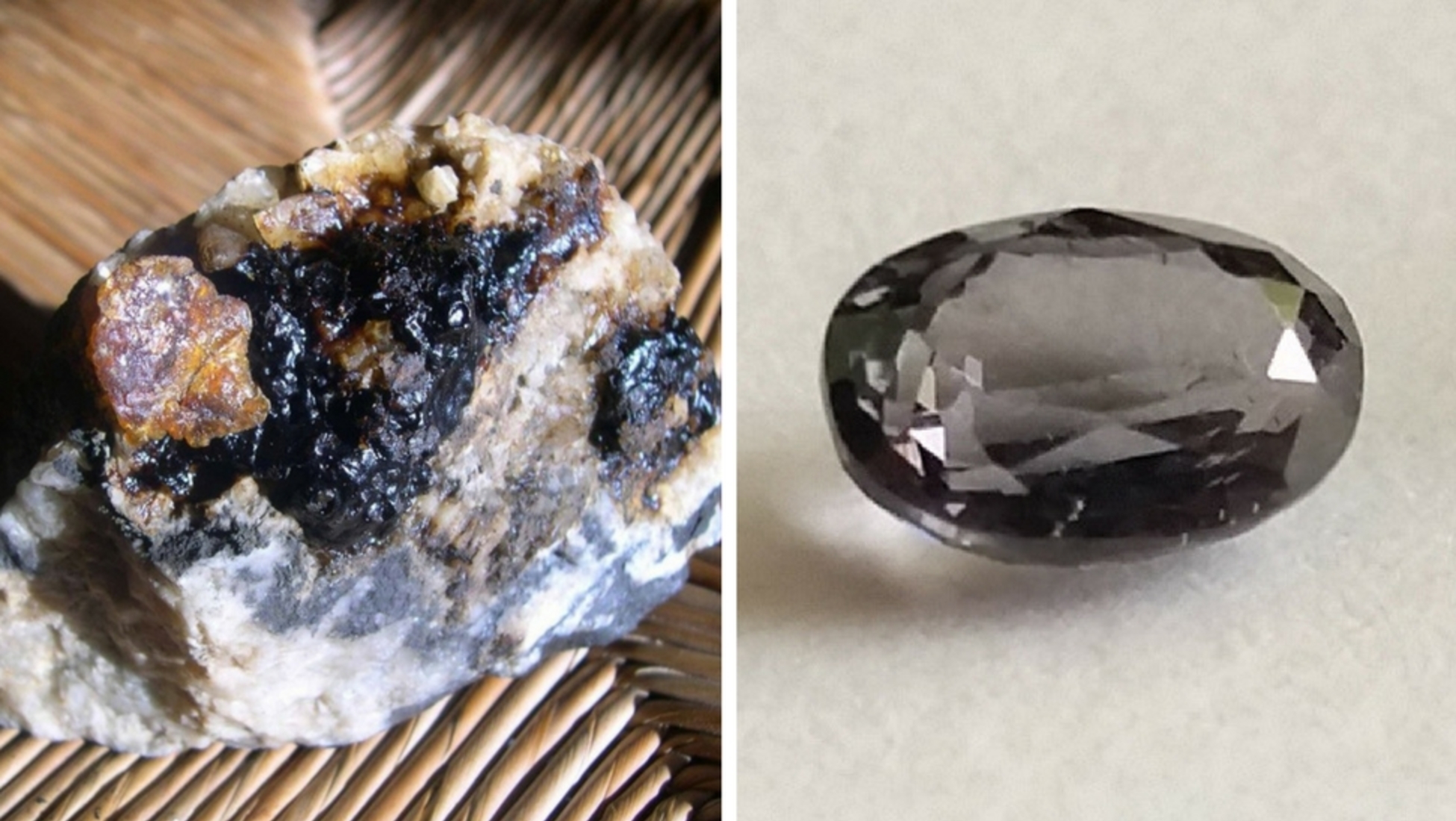 This stone was discovered in Sri Lanka in 1902 by Dunil Palitha Gunasekera. This mineral got its name after Serendib, the old Arabic name for Sri Lanka. It has an unusual mineral composition of calcium, magnesium, aluminum, silicon, boron and oxygen. Cut stones are very rare and usually quite small. 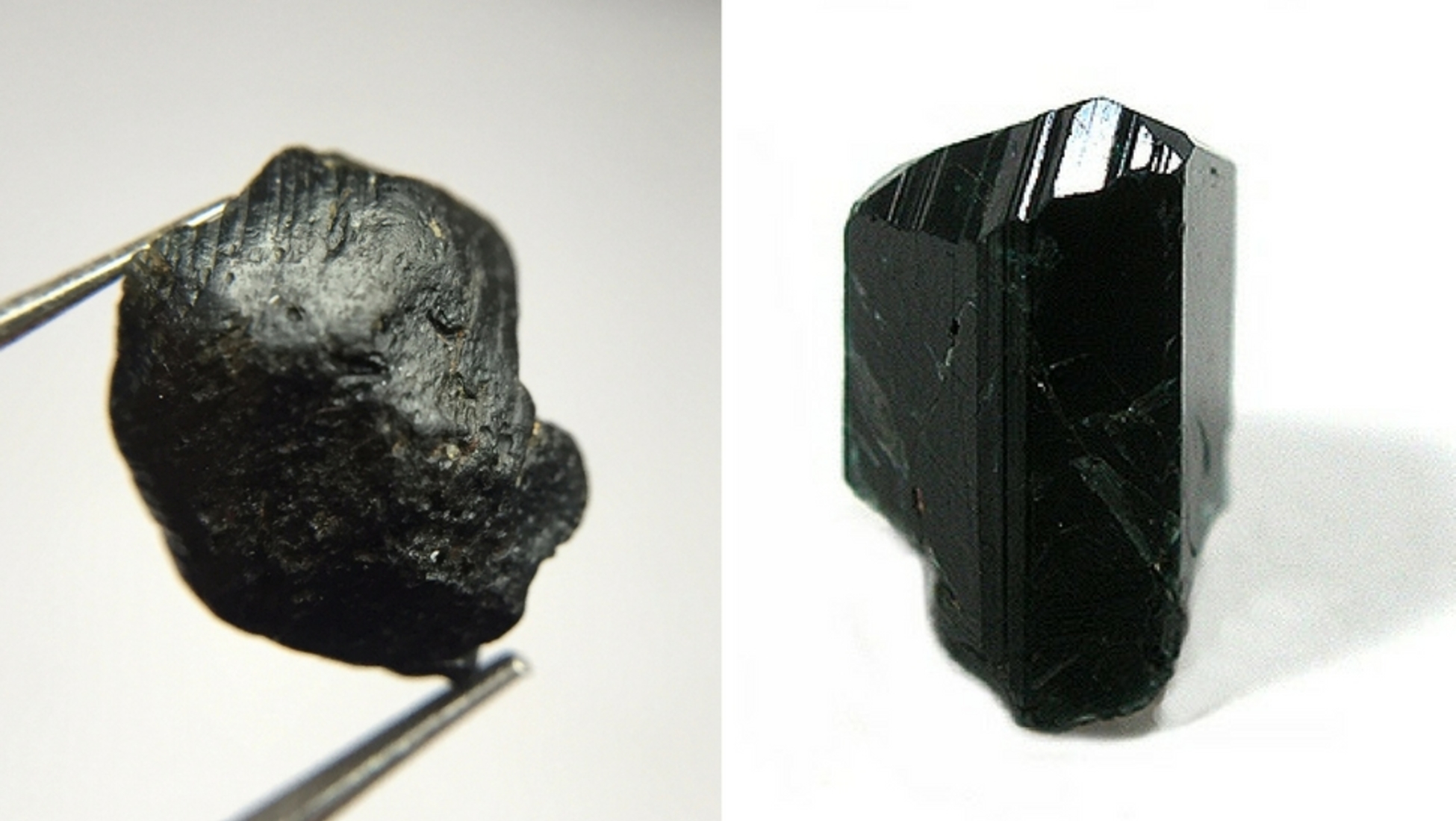 Last on our list of the 10 rarest gemstones, we have hibonite. This mineral was discovered in Madagascar in 1953 by Paul Hibon, a French gold prospector. He sent some samples of this striking stone to Jean Behier, who gave the mineral the name "Hibonite" for inspection. This dark mineral can be found in high quality metamorphic stones in Madagascar, and if you are the real lucky guy, maybe ours too Gem Auctions here on Catawiki. That would complete our list of the rarest gemstones in the world. Which is your personal favorite? 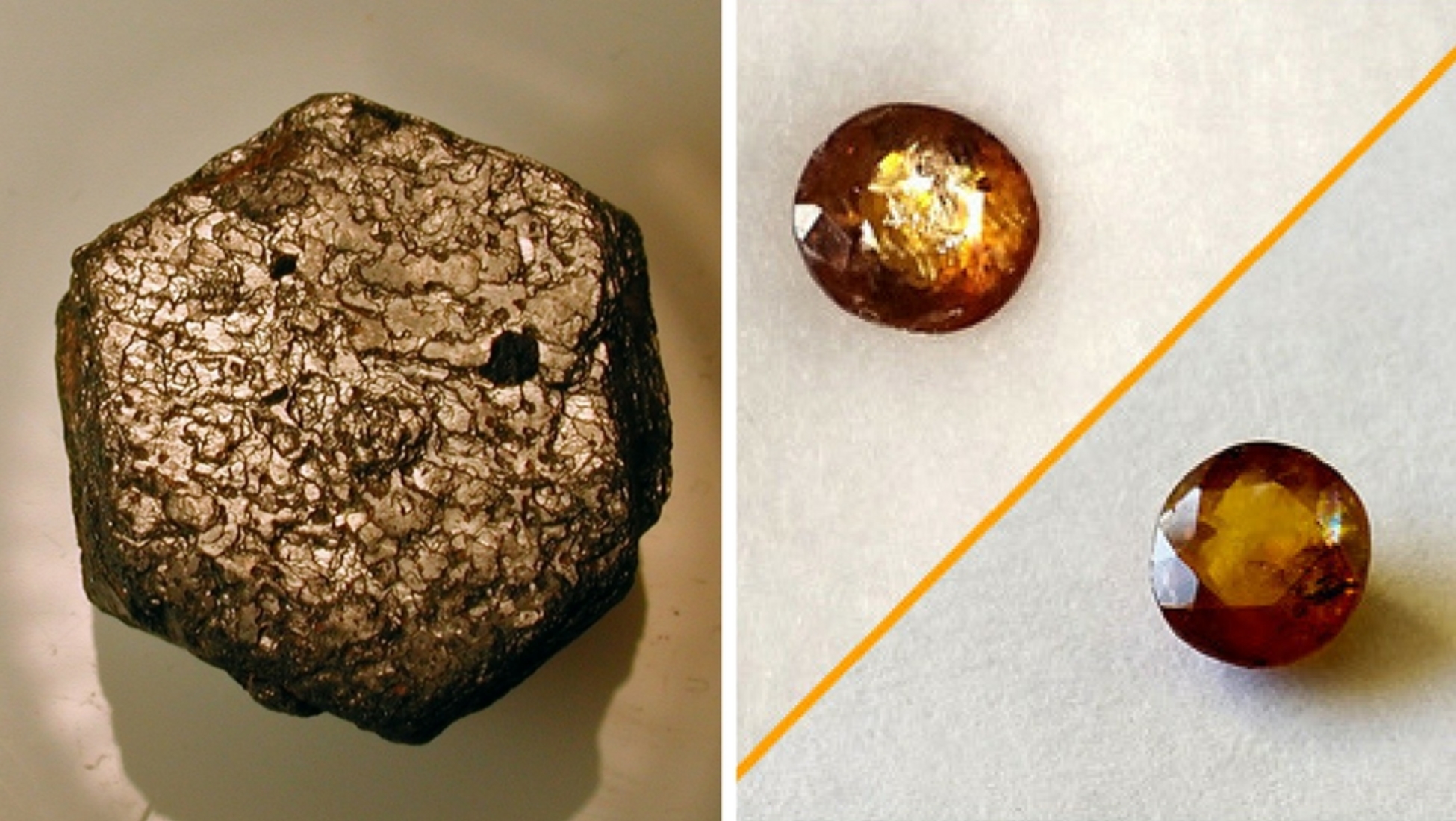 .
Do you collect gems? Then keep an eye on ours weekly gems auctionto rediscover amazing gemstones every week. Our auctions are curated by our in-house gemstone experts, which is why you can expect a varied, interesting and high-quality offer every week. With a free user account, you can not only bid and buy, but also your own Sell ​​gemstones on Catawiki. Whether you own a great gem or a whole collection, our experts look forward to taking a look!