Hypogeum Malta Map where is Malta

Where is Malta on the map?

About 90 km south of Sicily (Italy / Europe) and 290 km southeast of Tunisia (Africa) in the middle of the Mediterranean Sea is the smallest EU member Malta.

The republic “Repubblika ta’Malta” consists of a total of five islands, three of which (Malta, Gozo and Comino) are inhabited.

Overall, the island republic extends over approx. 316 km² and is therefore smaller than the state of Bremen. The three main islands are Malta, Gozo and Comino. 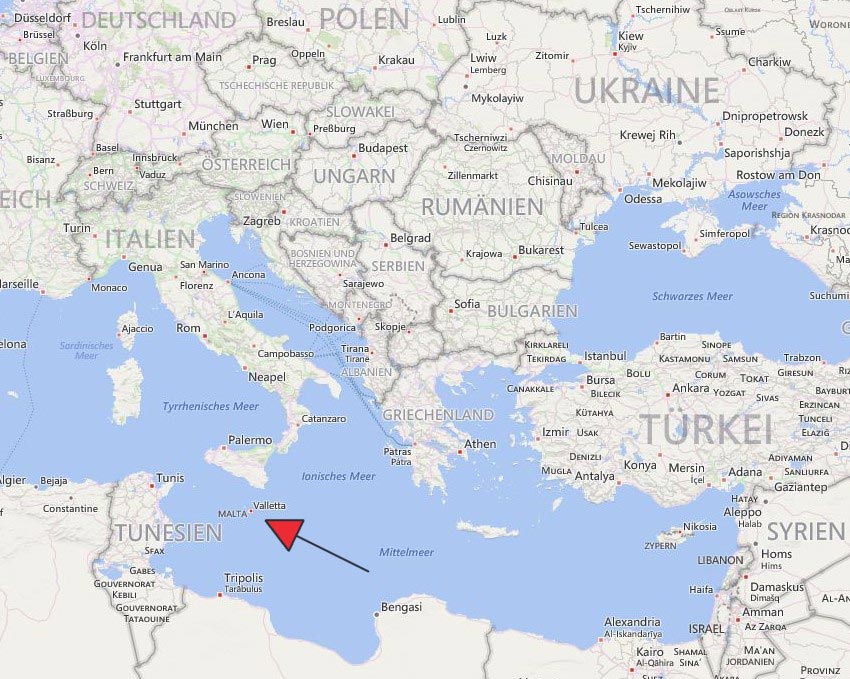 Where is Malta on the map

Malta language - what is spoken on the island?

The official languages ​​are English and Maltese. Since 01/01/2008, the national currency has been the euro.

Malta has a typical Mediterranean climate with warm and dry summers and humid and mild winters. The daily temperature differences are usually extremely small and. Approx. 500 mm of precipitation falls per year, with 80% falling from October to March. The water temperatures are between 14 ° C in winter and 26 ° C in summer. You can find more information about the climate here.

The capital of Malta is Valletta. The entire city is under the protection of UNESCO World Heritage.

About four percent of the people who live in Malta are not of Maltese nationality, of which about half are British. The secondary island of Gozo has around 31,000 inhabitants and Comino has four permanent residents.

The majority of the Maltese population (98 percent) is Roman Catholic. The Catholic Church has a huge influence on Maltese politics. Bathing “topless” is therefore prohibited.

Malta can look back on an eventful history. Due to the location of the islands, many conquerors from different nations were there, most recently the British, until Malta became independent in 1964.

Although Malta has joined the Schengen Agreement, you should definitely have your identity card or passport with you when entering the country. Foreigners who have a Schengen visa or a stay in Schengen do not need a separate visa for entry.