Stephen Omalley, what's in my bag

... because that means Undur in Icelandic. With Undur, Miss Farbenfroh has delivered a small masterpiece. I'm blown away by the great flap pocket. It offers enough storage space for everything a woman needs to have with her and offers many small pockets where the important, quickly accessible things can be stowed away. 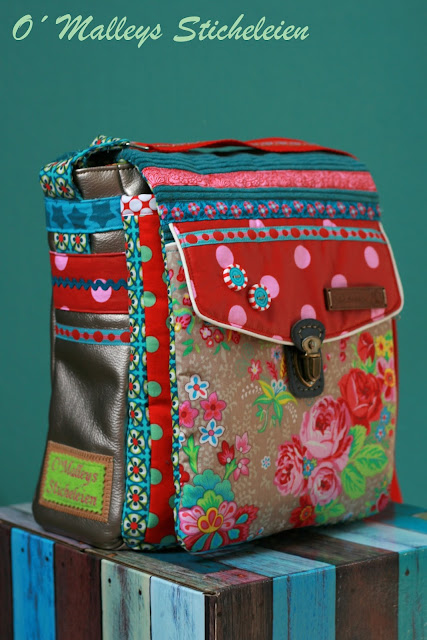 The great flower fabric that reminds me of PIP Studio, the great bronze-colored synthetic leather, the petrol-colored wide cord and a few other fabrics / ribbons are from Stick & Style. And the great Carltios fabric by LilaLotta is also included. 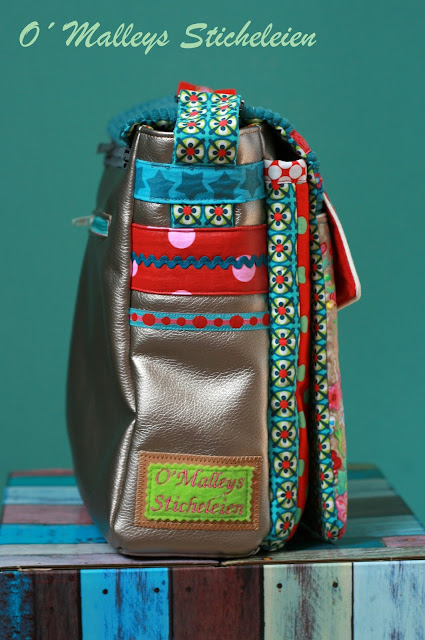 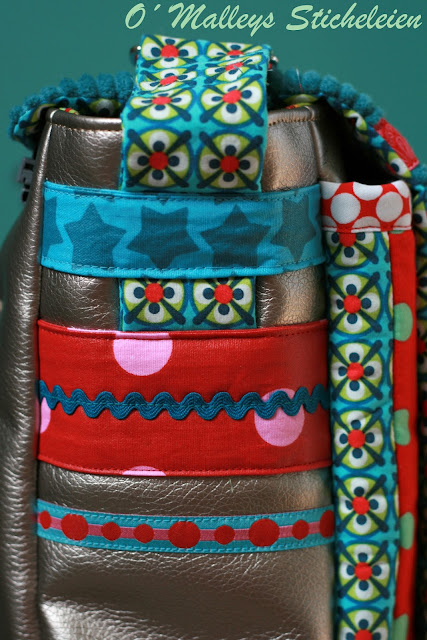 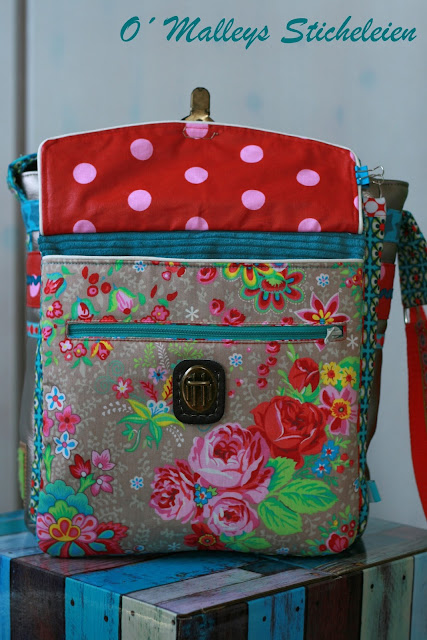 Undur is more of a demand for experienced bag sewers. As a debut, I wouldn't recommend it. Here you get the great ebook to buy now.

Since this bag is extensive for sewing, I came up with something very special. Since I lose the desire to sew 2 or 3 different bags with such extensive things, I have attached the flap for the bag so that I can simply take it off and put another one on it. With a zipper. I got the idea because the flap of the bag is not sewn into the seam at the top, but is attached. So you don't have to sew the entire bag for a new look, just make a new flap. 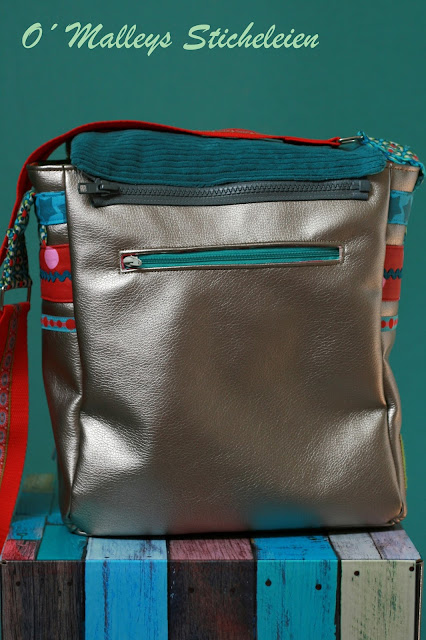 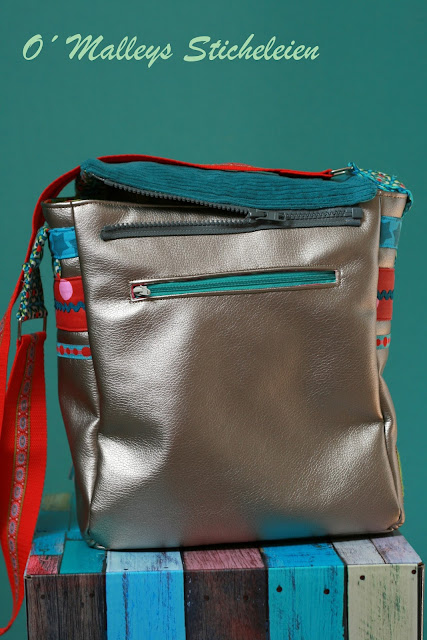 For this you only need 2 (or more - depending on how many flaps you want to make) the same, divisible zippers with a length of 20cm. At the very end you will find a few pictures and a short explanation of how I did it exactly. 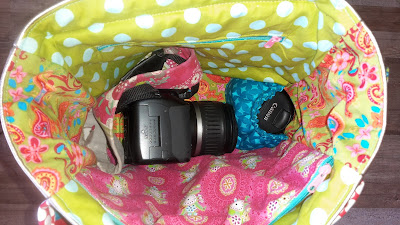 I have modified the bottle holder, which is also included in the cut, so that my lenses for the camera can be stored in it and are protected on the way. 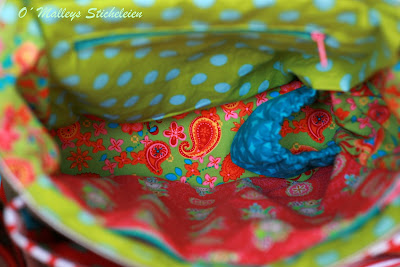 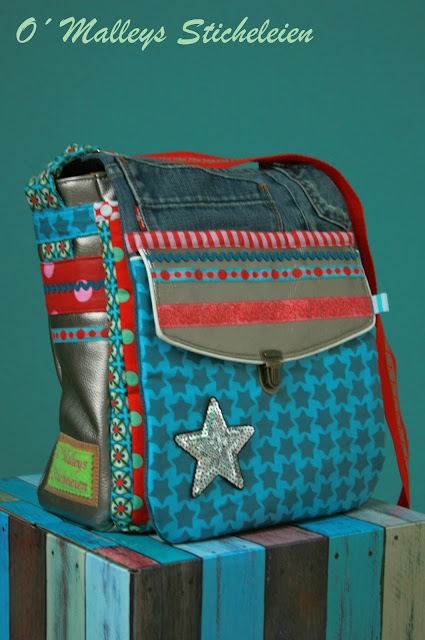 And that's my second take for the Undur. I finally sewed up the turquoise, coated cotton from farbmix, which has been slumbering with me for a while. 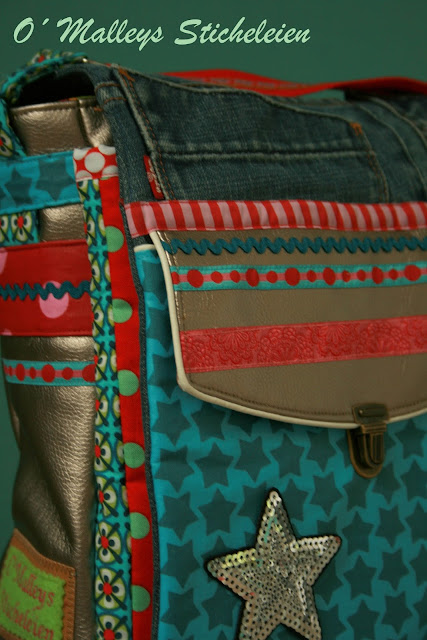 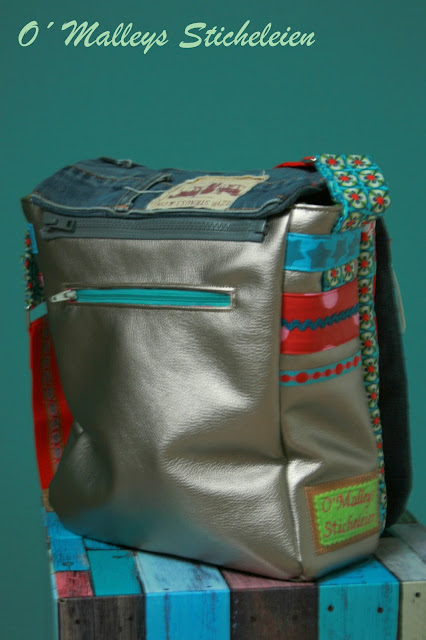 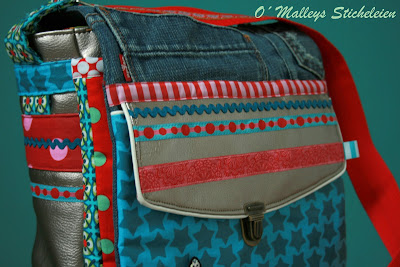 For this flap a worn-out pair of jeans had to hold up from the oldest. 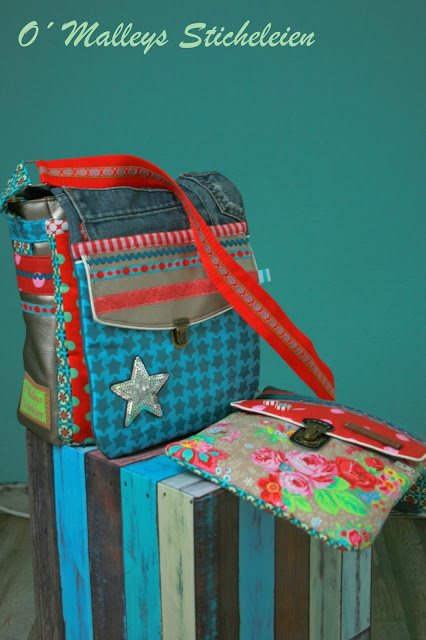 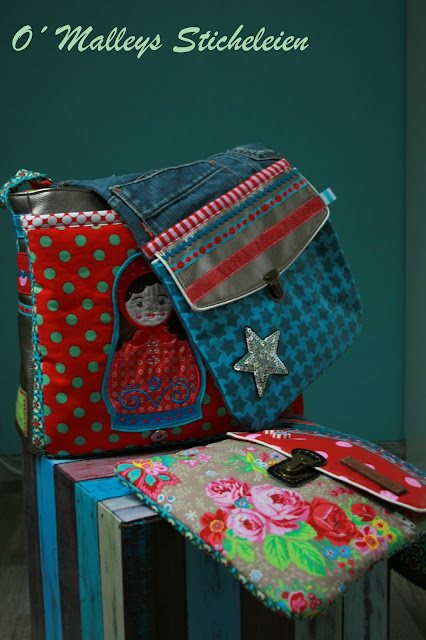 So, and now I have the problem that I can't even decide which one to take. ;-)

As promised, after this amount of pictures there are a few more to explain how I worked the flap with the zipper. 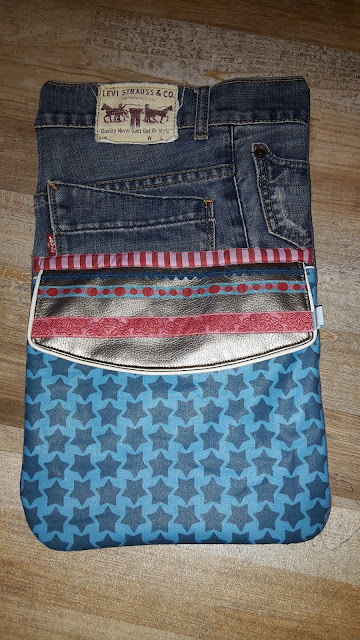 This is my sewn flap. You sew them completely finished, as described in the instructions from Fräulein Farbenfroh. I've worked them so that I get the original waistband of the jeans. 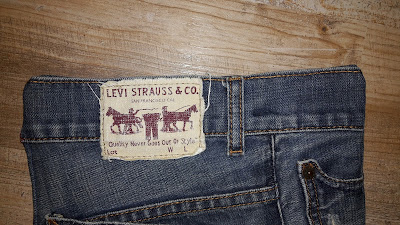 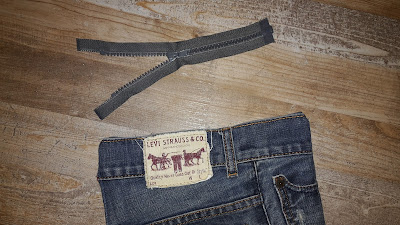 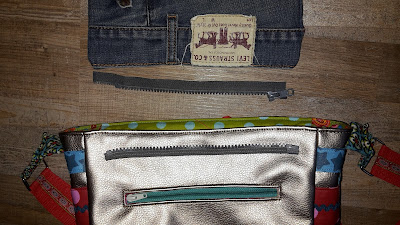 It is easiest if you put everything in front of you as it belongs.
(The zipper on the back of the bag - unfortunately there is no photo of it - I sewed it on like this: Stick Stylefix (double-sided adhesive tape from farbmix) on the upper side, but all the way to the edge. Remove the paper from the adhesive, position it right on right on the bag (the teeth point down to the zipper underneath) and now fold the glued zipper upwards so that it has its final position. See photo above. Now stitch tightly on the edge. You just have to be careful not to hit the stylefix when sewing otherwise it can stick the needle. But so far I have only had good experiences with it.) 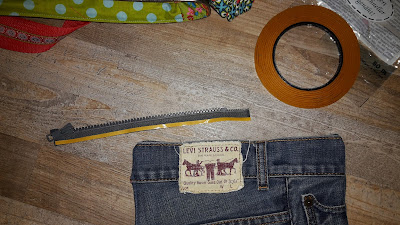 But now back to the flap. Glue Stylefix on the edge here as well, 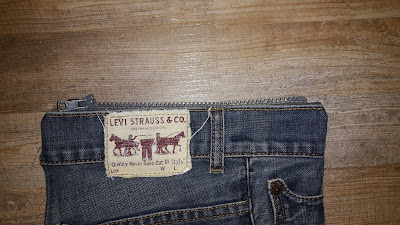 and position it in the middle of the upper edge of the flap. 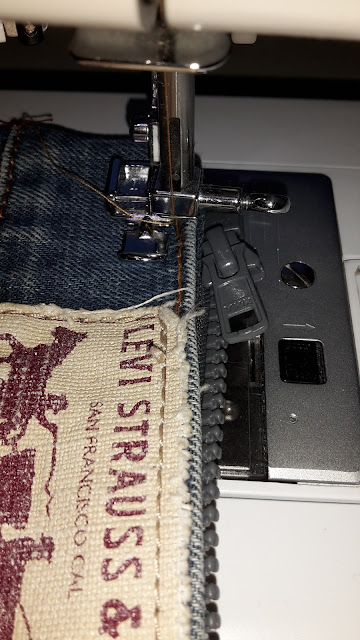 Now sew with a zipper foot. 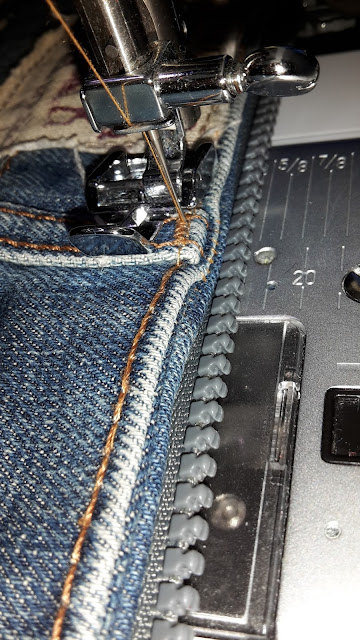 At this point I was very proud of my machine. 8 layers of jeans without any problems! 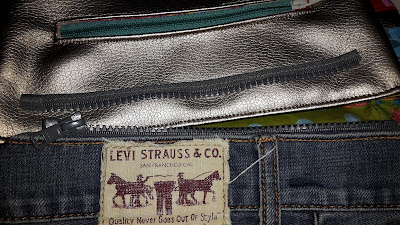 Finished! Now you can attach your interchangeable flap to the bag, 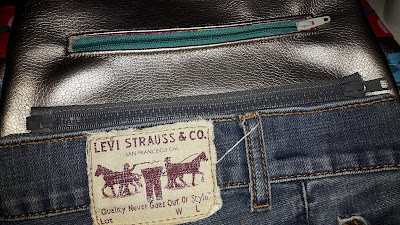 I hope I could explain the interchangeable flap to you in an understandable way. If you have any questions, just write to me.