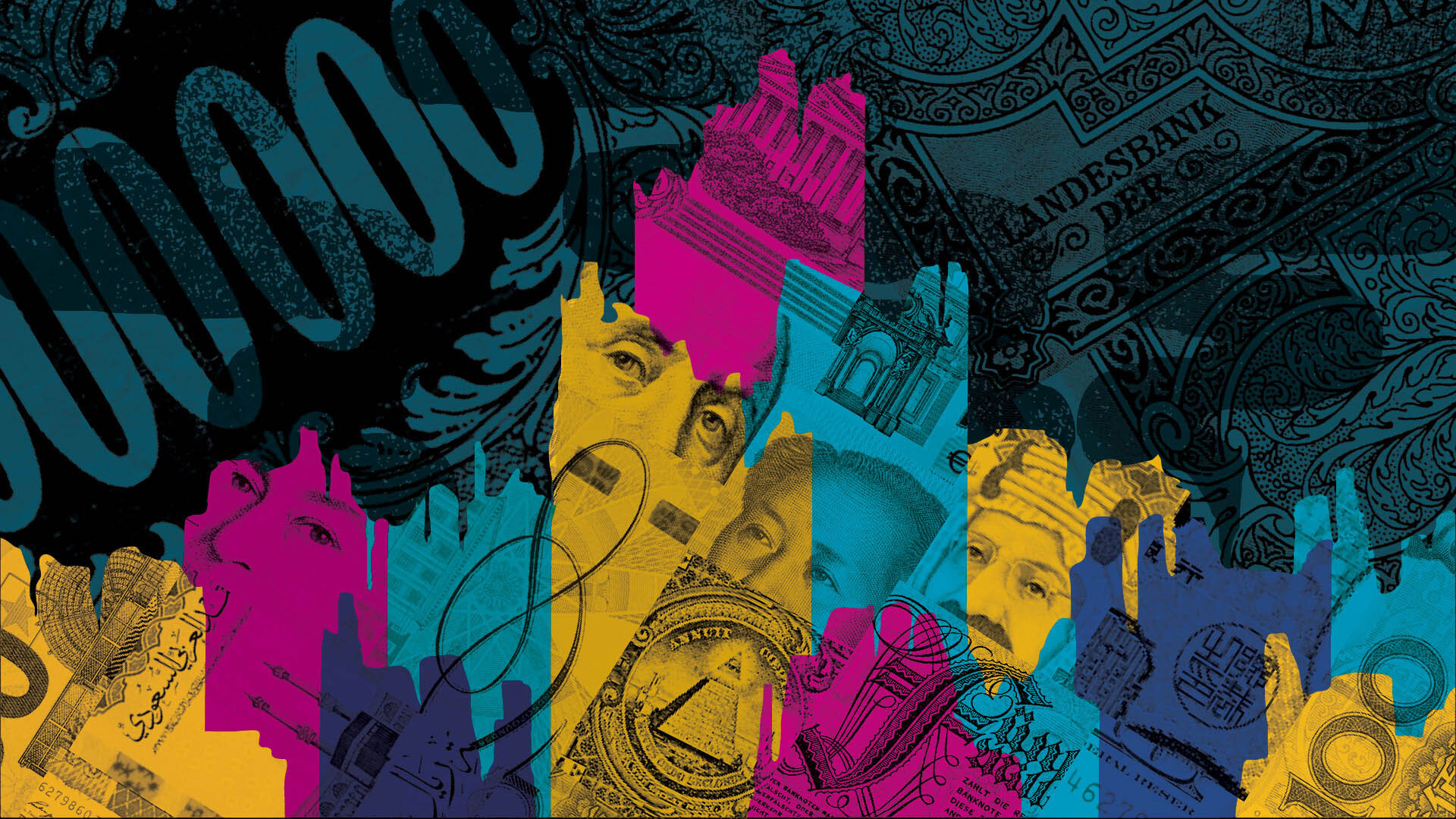 Tactics of Empowerment - Part I.

Tactics of Empowerment - Part I.

EVICTED BY GREED investigates how speculative finance drives the global and local housing crisis, and gathers experts & activists from around the world to share and find counter-strategies.

The conference on May 29-31 highlights how speculators and real estate investors use strategic loopholes to disrupt housing in Germany and worldwide, as a follow up of the conference DARK HAVENS, which we organized in partnership with Transparency International in April 2019.

Inspired by the Southgerman newspaper investigation on the Paradise Papers, the huge record that documents worldwide cases of tax avoidance and evasion, we decided to dig into the matter of tax heavens in the real estate business, broadening up the scope on how global investors fuel the rental market in Germany and internationally, and on the countermeasures adopted by the civic society.

The Paradise Papers investigation reported that the Phönix Spree offshore company, based in the British Channel Island of Jersey, controls about 2,000 apartments in Berlin extracting profits that are not taxed (2,392 units in 2018). One of the loopholes real estate investors use is acquiring shares in a company that owns the apartments rather than the apartments themselves. Through this one loophole the city of Berlin loses around 100 millions € of real estate transfer tax according to estimates. But they also lose control over who finally owns the city. As a consequence of such process, the real estate market in our cities is disrupted while the everyday lives of local neighborhoods are negatively affected.

As pointed out by our keynote speaker Christoph Trautvetter, “Because the regional real estate registers don't contain any information on beneficial owners and there is no good and reliable tool to link legal and beneficial owners both the city and its tenants know very little about who owns their homes. As a new study to be presented at the conference shows - nearly half of the investors remain anonymous and no one can tell how much dirty money hides behind their anonymous investments ”.

Since some years, investors from the international capital market have heavily entered into Berlin’s residential and commercial property:
Deutsche Wohnen owns 111,500 apartments in Berlin and Vonovia 41,943, via institutional investors such as BlackRock; Akelius, founded by a Swedish millionaire, owns 13,817 apartments having as shareholder a foundation in the Bahamas. Additionally, the Pears family owns 6,000 apartments and the investment fund Blackstone approx. 5,000; Carlyle, Optimum Evolution and Phoenix own somewhere below 3,000 (source).

Are such investments an unstoppable wave or is it possible to reach better policy measures and greater transparency?

EVICTED BY GREED aims to raise awareness on the matter of real estate speculation, inviting experts to share data and investigations, as well as discuss best practices and concrete solutions that are possible in the context of tax avoidance of offshore companies in the real estate market.

“Housing is a human rights issue”, stated Leilani Farha, Global Director at The Shift and Former UN Special Rapporteur on the Right to Housing, our keynote on May 30. Inviting policy makers, activists and human rights advocates we aim to imagine possible interventions , actions and countermeasures to the influence of global finance on real estate, as well as produce literacy about housing eviction and wealth asymmetries.

The 19th conference of the Disruption Network Lab.
Curated by Tatiana Bazzichelli.
In cooperation with Transparency International.

Funded by: Senate Department for Culture and Europe (Senate Department for Culture and Europa, Berlin), Federal Agency for Civic Education, The Reva and David Logan Foundation (grant provided by NEO Philanthropy), Checkpoint Charlie Foundation.
Supported [in part] by a grant from the Foundation Open Society Institute in cooperation with the OSIFE of the Open Society Foundations.
Part of Re-Imagine Europe, co-funded by the Creative Europe program of the European Union.
In partnership with: Rosa Luxemburg Foundation, Guerrilla Foundation.
Knowledge partner: Network Tax Justice Germany, HERMES Center for Transparency and Digital Human Rights.

This keynote panel focuses on two different but related investigations in Berlin and Barcelona on real estate ownership and aggressive international investors. Berlin real estate has recently been among the most profitable investment opportunities globally. With exploding house prices and rents some investors have made returns far beyond 10% per year. At the same time, Berlin tops international list with about 85% of the population living for rent. Very active tenants and politicians trying to fight personal eviction and greed reshaping their city often face anonymity. It is only consequent that crowd-based and data-driven research projects for the first time allow a glimpse behind the curtains of the real estate market. Christoph Trautvetter will present for the time at our conference the details and results of his investigation (more here), showing the different faces of anonymity and point to international private equity companies like Blackstone as one of the most obscure and greedy of policy failure .

On the other side, in the context of the Spanish real estate speculation, the rescue of the financial system of Spain provoked that hundreds of thousands of households were indirectly under public control. But the European Union and the Government of Spain decided in 2012 to sell these properties to opportunistic investors who came mostly from Wall Street. Since then, rent prices have increased in percentages that overcome the 50% in the main cities such as Barcelona or Madrid. Housing has become a casino for opportunistic investors but a hell of a lot of the tenants due to rent prices have risen 30 times faster than wages. By means of a local example in Barcelona, ​​Manuel Gabarre de Sus will disclose how these operations were executed and the economic, political and judicial ties of investment funds such as Blackstone or Cerberus.

In this panel Sam Leon and Karina Shedrofsky will analyze how money laundering, organized crime and corruption interfere and influence real estate, addressing respectively the contexts of London and Dubai. While at Global Witness, Sam Leon has developed a number of innovative web applications and visualizations for a range of campaigns. In this panel, he will speak about investigation showing how big chunks of Baker Street (£ 147 million worth of property) are owned by a mysterious figure with close ties to a former Kazakh secret police chief accused of murder and money-laundering (more here ), as well as how tens of thousands of leaseholders are at the mercy of unscrupulous freeholders who hide behind anonymous companies in England & Wales (more here). Finally, he will present concrete practices and advocacy pieces to reach greater transparency of ownership of property in UK.

Karina Shedrofsky will discuss how OCCRP told the story of Dubai as a safe haven for money laundering and corruption, and the impact the stories had in countries like Armenia and Norway. In 2018 OCCRP received a leaked database of property and residency data in Dubai, prompting its cross-border project "Dubai’s Golden Sands." The emirate has transformed itself into an extravagant metropolis, but its success is inextricably linked with the globalization of organized crime and corruption. The leaked real estate data revealed that organized criminals, sanctioned individuals, politicians and the world's wealthy have been flocking to Dubai to purchase property, hide their wealth and avoid sanctions or taxes. As part of the Global Anti-Corruption Consortium, a collaboration by OCCRP and Transparency International, this story can serve as an example of how journalists and civil society are working together to fight corruption and drive real change.

In major cities across the world, local working and middle class citizens are being pushed out of their very own homes - because living in them has become unaffordable. Join us for a discussion between PUSH: the film director Fredrik Gertten and activist Leilani Farha on the consequences of the COVID-19 pandemic on real estate speculation and eviction. 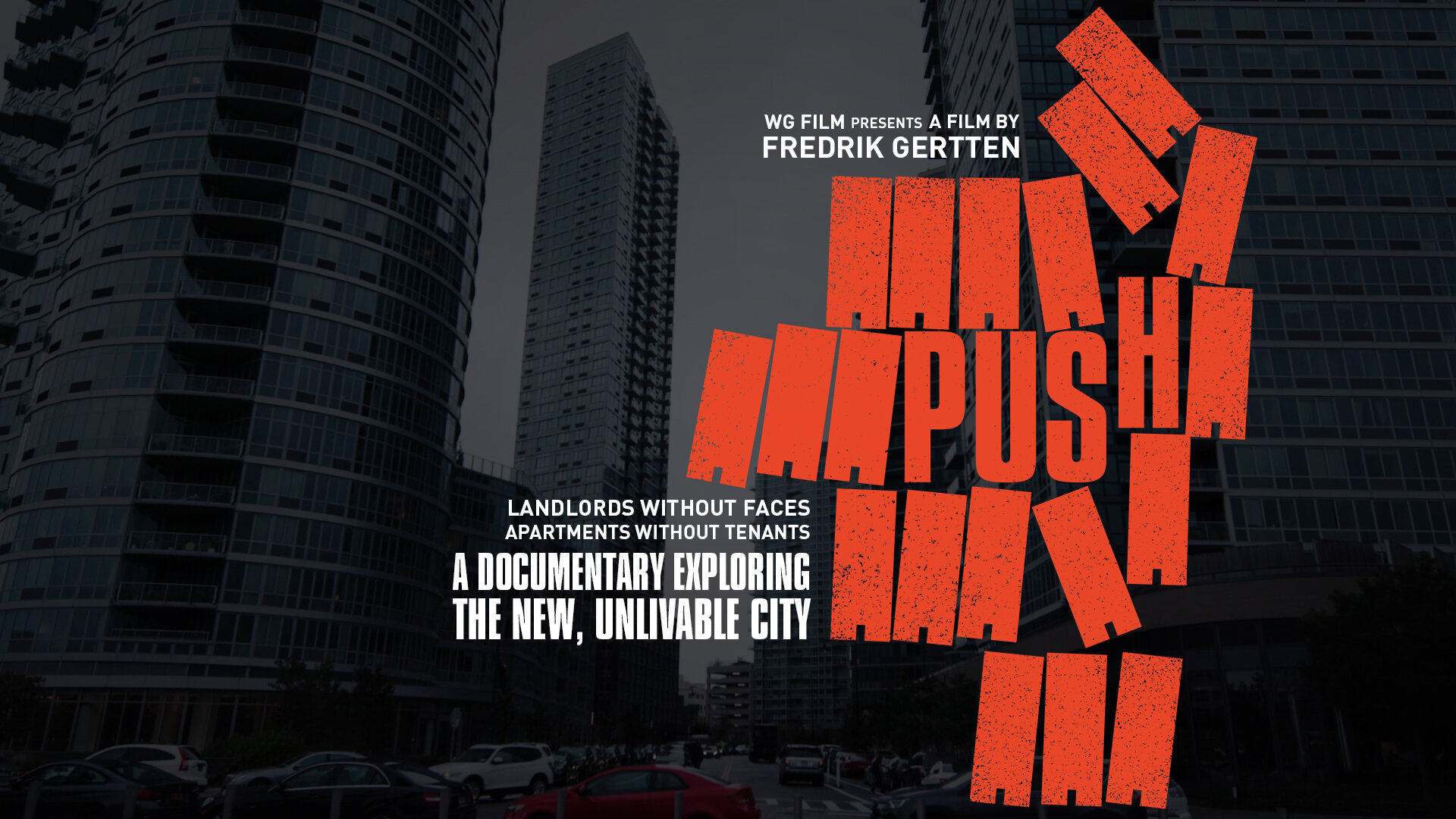 Housing affordability is decreasing at a record pace.
The local working and middle classes have become unable to afford housing in major cities across the world. London, New York, Hong Kong, Toronto, Tokyo, Valparaiso, Sydney, Melbourne, Caracas, Barcelona, ​​Paris, Amsterdam, Stockholm ... the list seems endless. People are being pushed out of their very own homes - because living in them has become unaffordable.

The high cost of housing and global investment funds push people to poverty, stripped of a fundamental right. The activist Leilani Farha reveals the perversity behind the speculation. PUSH is a documentary from award-winning director Fredrik GerttenInvestigating why we can't afford to live in our own cities anymore. Housing is a fundamental human right, a precondition to a safe and healthy life. But in cities all around the world, having a place to live is becoming more and more difficult. Who are the players and what are the factors that make housing one of today’s most pressing world issues?

The film had its World Premiere at CPH: DOX, 2019, where it won the Audience Award.
More about the film: pushthefilm.com

Last year a campaign to expropriate corporate landlords found broad support among Berliners and made global headlines. The campaign organizes for a popular referendum that would take the assets of any Berlin-based, profit-oriented landlord owning above 3,000 apartments into public ownership, to be managed democratically by tenants themselves. Repeated polling showed a majority of Berliners in favor of that proposal, leading the state parliament to pass the strictest rent control bill in decades at breakneck speed. German real estate stocks plunged as a result. What caused the public uproar against corporate landlords? How would expropriation actually work? And where is the movement now? This talk will discuss Berlin's housing crisis as a result of the privatization and financialization of housing, highlight major milestones of the expropriation campaign, and give a glimpse on what's next in the struggle against displacement and for socialized housing in Berlin.