Iamamiwhoami next single from 1989 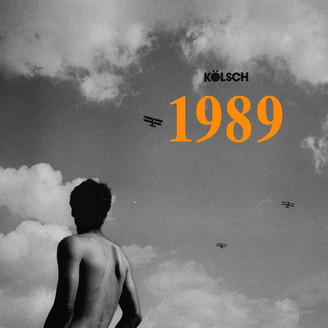 For Danish native and much-revered producer / performer Rune Reilly KÖLSCH, Kompakt has proven the perfect home curating his music: with two critically acclaimed albums and a now classic run of solo instalments in our Speicher 12 ”series, he took his techno craftsmanship to new levels, setting it on a melodic, emotive and even autobiographical course - without loosing any of its punch and quirkiness. With new full-length 1989, Kölsch presents the final chapter of an elegant, anthemic album trilogy that started with an exploration of early childhood memories and influences on “1977” (KOM 276 CD 107) - the year of his birth - and continued on “1983” KOM 329 CD 122), a vibrant and picturesque journey sound tracking the year he traveled through Europe aged six.

“With 1989, we have arrived in my early teens”, Kölsch explains, “a difficult time in my life, where I mostly just remember the greyness of it all - gray feelings, gray weather and my own gray face.” Coinciding with the already challenging need to squeeze past the bottleneck of puberty, it was a time of seething family crisis - his parents were divorcing: “I would escape that gray world on my skateboard, listen to my Walkman as I explored the city around me . Music became my savior - the only way to overcome my family’s hard times. I found a soundtrack to my gray life, and suddenly there was color. " It's why you'll find several tracks on the album being named “gray” in different languages, and they all share this distinctly “Kölsch-esque” moment of epic melodies breaking through propulsive techno beats like the sun through stormy clouds - a musical twist that's particularly impressive on album hit single PUSH, first heard on “Speicher 97” (KOM EX 97).

1989 also marks Kölsch's intensified deployment of real-life orchestral sounds and the conitunation of his extremely fruitful collab with Gregorhabenbach: after contributing to predecessor album “1983”, the Kompakt affiliate, composer and multi-instrumentalist now conducts the Heritage Orchestra for tracks KHAIRO , LIATH (featuring a violin solo by Kate Robinson) and SERJI, the latter of which Schwierbach co-wrote and co-produced. The 24-person Heritage Orchstra consists of violins, violas, cellos and double basses, adding the sweeping drama and organic, richly layered textures that only real strings can produce - a deeply humane tone that is set with the album's opening recording of the orchestra tuning its instruments (which incidentally also incorporates a voice recording from 1989 of Rune Reilly's grandfather Ludwig). Seeing Kölsch's propensity for vocalist cameos on his albums (Trœls Abrahamsen on “1977”, Tomas Høffding and Waa Industry on “1983”), one shouldn't be surprised to find beautiful cut IN BOTTLES, which features vocals written and performed by Aurora Aksnes .

After having produced such timeless tracks as “Loreley”, “Der Alte”, “DerDieDas” or “Cassiopeia”, expectations for new Kölsch material are expectably high - “there's no doubting Kölsch's mastery”, concluded Pitchfork when reviewing sophomore album “1983” , while Resident Advisor observed that “many electronic producers claim their albums have themes, but few can evoke a sense of faded nostalgia like Kölsch”, conjuring “moments of real magic”. 1989 certainly delivers on all of these fronts, engulfing the listener from the outset with its sonic coupling of classical composition and contemporary production - without sacrificing the impact on the dance floor: “despite its melancholy undercurrents”, Pitchfork finds Kölsch's music to be looking “ to dance for catharsis ”. It's how the Danish artist was able to inititate a head-turning run of global domination with his touring around the globe, remixes of Sven Väth, Flume and Coldplay, Ibiza commitments and his own BBC Radio 1 Residency radio show. Radio 1 DJ Annie Mac maybe put it simplest, noting “that man is sort of king when it comes to pianos and house music. He’s got a way of wrenching your emotions. "
For the Danish producer and performer Rune Reilly KÖLSCH, Kompakt has proven to be the ideal musical home: with two highly acclaimed albums and a series of solo EPs under the Speicher banner that are now considered classic, he has taken his techno craft to the next level, with course on melody, emotion and even autobiographical elements - without losing pressure or character. With the new long player 1989 Kölsch presents the final chapter of an elegant album trilogy rich in highlights, which began with the exploration of early childhood memories and influences on “1977” (KOM 276 CD 107) - the year of his birth - and on “1983” ( KOM 329 CD 122), a lively and picturesque journey through Europe in the early eighties, which he experienced as a six-year-old.

“In 1989 we arrived in my early teenage years,” explains Kölsch, “a difficult time in my life, from which I mainly remember the grayness of the whole thing - gray feelings, gray weather and my own gray face ”. In bitter harmony with the no less great challenge of squeezing through the bottleneck of puberty, this was a time of constantly seething family crisis - his parents divorced: “I escaped this gray world on the skateboard, my Walkman in my ear while I was Scouted the city around me. Music became my savior - the only way to get through the tough times of my family. I found a soundtrack to my life - and suddenly there was color. " That is why there are several tracks on the album with the name “Grau” in different languages, and they all share this particularly “Kölsch-esken” moment when epic melodies break through impulsive techno beats like the sun through stormy clouds - a musical trick that does particularly well on the album hit single PUSH, known from “Speicher 97” (KOM EX 97)

1989 also marked Kölsch's intensified use of real orchestral sounds played live and the continuation of his extremely fruitful collaboration with Gregor thresholdbach: after his contributions to the previous album “1983”, the compact comrade, composer and multi-instrumentalist now conducts the heritage orchestra on the KHAIRO tracks , LIATH (including Kate Robinson's violin solo) and SERJI - and is involved in the latter as co-producer and composer. The 24-piece heritage orchestra consists of violins, violas, cellos and double basses and brings the rousing drama and organic, multi-layered texture into play that only string instruments achieve - a deeply humane tonality that is already set in the first seconds of the album, if that The orchestra tunes the instruments (accompanied by a tape recording by Rune Reilly's grandfather Ludwig from 1989). Kölsch's penchant for guest singer appearances on his albums (Trœls Abrahamsen on “1977”, Tomas Høffding and Waa Industry on “1983”) comes to the fore on the beautiful IN BOTTLES, with self-written vocals by Aurora Aksnes.

After such timeless pieces as “Loreley”, “Der Alte”, “DerDieDas” or “Cassiopeia”, the expectations of new Kölsch material are correspondingly high - “you cannot doubt Kölsch's mastery”, Pitchfork judged in a review on “1983” , while Resident Advisor observes that "many electronic producers claim their albums have themes - yet few can conjure up the impression of fading nostalgia like Kölsch does," with "moments of real magic." 1989 more than does justice to this and immerses the listener in a bath of sound of classical composition and contemporary production from the start - without losing any of its effect on the dance floor: “despite the melancholy undertones”, Pitchfork finds, “Kölsch's music looks at dance as Kaharsis ”. The Danish artist was able to develop a sensational career and tour across the globe, supported by remixes for Sven Väth, Flume and Coldplay, numerous commitments in the party metropolis of Ibiza and his own BBC Radio 1 residence. Radio 1 DJ Annie Mac probably said it most simply when she called Kölsch “King of pianos and house music”: “He has a way of teasing your emotions”
<?