He was an archaeological genius whose sixth sense allowed him to accomplish an impressive number of excavations. Moreover, he created a chronological system for artifacts. The list of his achievements is lengthy, however, William Flinders Petrie is one of the lesser-known legends of Egyptology.

His story continues to be told in some circles in the UK and amongst people who are truly passionate about the history of Ancient Egypt. The Petrie Museum of artifacts he brought to England, located in London, is a must see for everyone who loves history.

William was a grandson of the first man to chart Australia. Due to poor health, he spent his early days (beginning at age four) at home with adults. A few years later, he was able to read very well and started to study many topics. His first teacher was his mother, who introduced him to ancient languages ​​like Latin, Greek, and Hebrew.

When he got older, he studied with the guidance of a governess. But that didn’t last very long as Flinders Petrie got sick again, so his “formal” education was essentially finished. However, he was said to be something of a genius who loved books much more than people. His father helped him and taught him to use a sextant and how to map sites. Moreover, Petrie was very talented in mathematics, especially geometry. He wrote his first book when he was 22 years old and it was related to his work at Stonehenge.

Flinders Petrie went to Egypt for the first time in 1880. He was fascinated with the pyramids and after staying until 1882 he was sure that digging there would be very interesting. He worked in Giza, Saqqara, Dahsur, Medinet Habu, and many other places. His first work about the pyramids was published in 1883. Although he was fascinated with the monumental buildings, his destiny led him to something different. 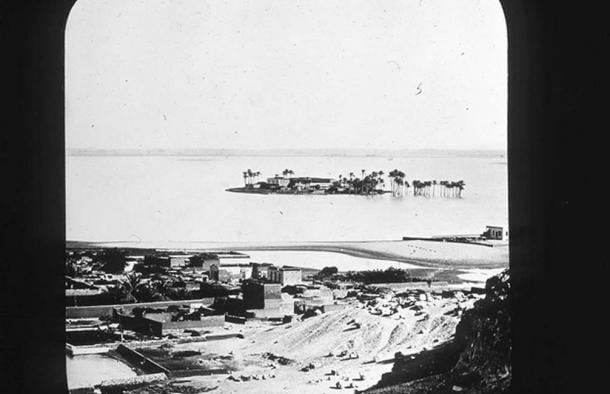 A photograph Petrie took of his view from the tomb he lived in in Giza, 1881. ( Public domain )

The Father of Pots

Petrie didn't become the greatest explorer of the pyramids, but was called `` Abu Bagousheh '' (father of pots) by local people due to his idea to sort artifacts in a chronological way. It all started when Samuel Birch, Keeper of the British Museum, suggested Petrie bring back some samples of pottery. When Flinders was preparing the findings for transport, he decided to put marks on each pot and note the exact location where they had been discovered. This innovative method changed archeology.

When the workers at the British Museum saw it, they recommended Petrie for the Egypt Exploration Fund. They needed an archaeologist in Egypt who could replace Edouard Naville. Petrie received a salary of 250 pounds per month and started his works in Egypt in November 1884. His greatest friends and patrons became Amelia Edwards, one of the founders of the Egypt Exploration Fund who had written an account of journeying down the Nile, and Jesse Haworth, a wealthy businessman from Manchester. Petrie started to dig in Tanis, Naucratis, Defenneh, Tell Farun, and also in Thebes, Luxor, Naqada, and many other places. The list of his excavation sites is impressive. 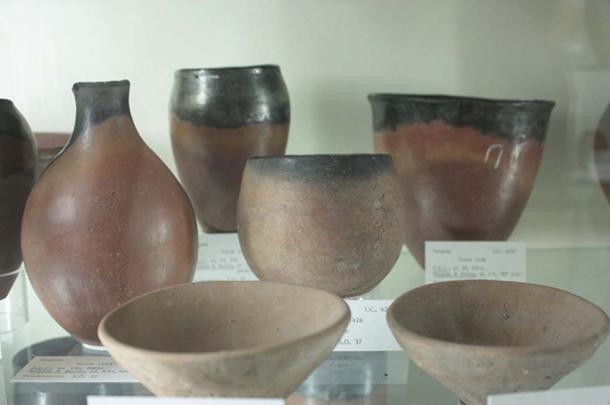 One of the most spectacular of Petrie’s discoveries was a statue of Merenptah in Luxor. As Margaret S. Drower in her book Flinders Petrie: A Life in Archeology , described:

'' A statue of Merenptah himself was found — the first known portrait of this king .... Better was to follow: two splendid stelae were found, both of them usurped on the reverse side by Merenptah, who had turned them to face the wall. One, beautifully carved, showed Amenophis III in battle with Nubians and Syrians; the other, of black granite, was over ten feet high, larger than any stela previously known; the original text commemorated the building achievements of Amenophis and described the beauties and magnificence of the temple in which it had stood. When it could be turned over, an inscription of Merenptah recording his triumphs over the Libyans and the Peoples of the Sea was revealed; Spiegelberg came over to read it, and near the end of the text he was puzzled by one, that of a people or tribe whom Merenptah had victoriously smitten- "I.si.ri.ar?" It was Petrie whose quick imaginative mind leapt to the solution: "Israel!" Spiegelberg agreed that it must be so. "Won't the reverends be pleased?" what his comment. At dinner that evening Petrie prophesied: "This stele will be better known in the world than anything else I have found." It was the first mention of the word "Israel" in any Egyptian text and the news made headlines when it reached the English papers. '' 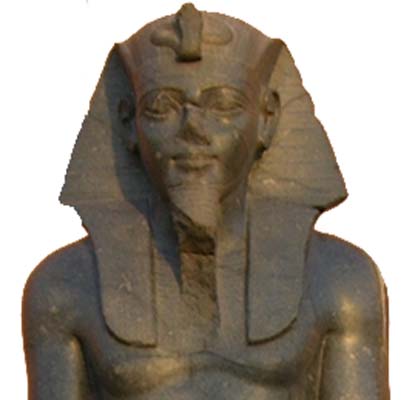 Statue of Merenptah on display at the Egyptian Museum. ( CC BY-SA 3.0 )

Apart from being interested in Egyptology, Flinders Petrie was fascinated with the sites of the Holy Land. His wife Hilda accompanied him to all of the places he worked. She was a source of power for the genius archaeologist. He was eccentric and never learned Arabic, but was respected by the local people. Petrie often lived in `` houses '' he built near the site. He wrote over a thousand books, articles, and reports. He unearthed a remarkable number of artifacts, some of which are now exhibited in the Petrie Museum in London, while others can be found in other museums. 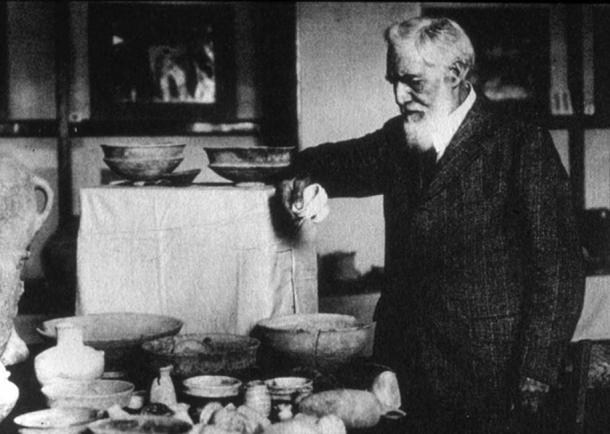 Petrie died in 1942, and according to a witness, his body was buried in Jerusalem, but his head was put in a jar and taken back to London. Petrie donated his head to science and wanted to allow researchers to examine his brain.

Flinders Petrie worked on excavations for over 37 years. However, now he is less popular than, for example Howard Carter, whose fame skyrocketed with the tomb of Tutankhamun. 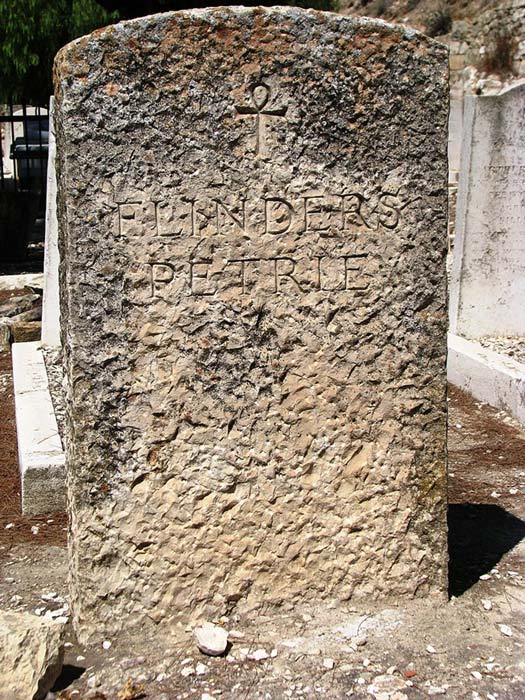 However, without William Flinders Petrie’s experience, organization system for artifacts, and many nights and days without sleep, hundreds of famous Egyptologists wouldn't be able to work as fast or as well. His sixth sense brought him ease in finding new sites. People joked that if Petrie took a shovel, there must be an ancient site under his feet. Wherever he started to dig, he discovered an archaeological treasure.