Where have you been

This bon mot was only put on Johann Wolfgang von Goethe in the 21st century and can be found as little in his digitized works as it is in relevant lexicons. 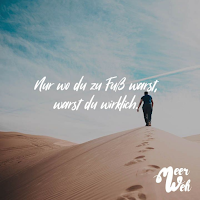 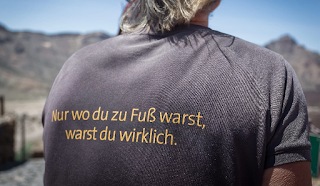 According to a chronological search with the newspaper search engine genios.de, the Wanderer motto was first ascribed to Goethe in a slightly different wording in 2005 (Badische Zeitung, January 14, 2005) and since about 2012 it has been incorrectly ascribed to Johann Wolfgang von Goethe enforced in newspapers and on the Internet.

Examples of incorrect attributions to Goethe:

Thank you libris for the photo of this cuckoo quote.